Sochi was struck by a powerful storm with huge waves 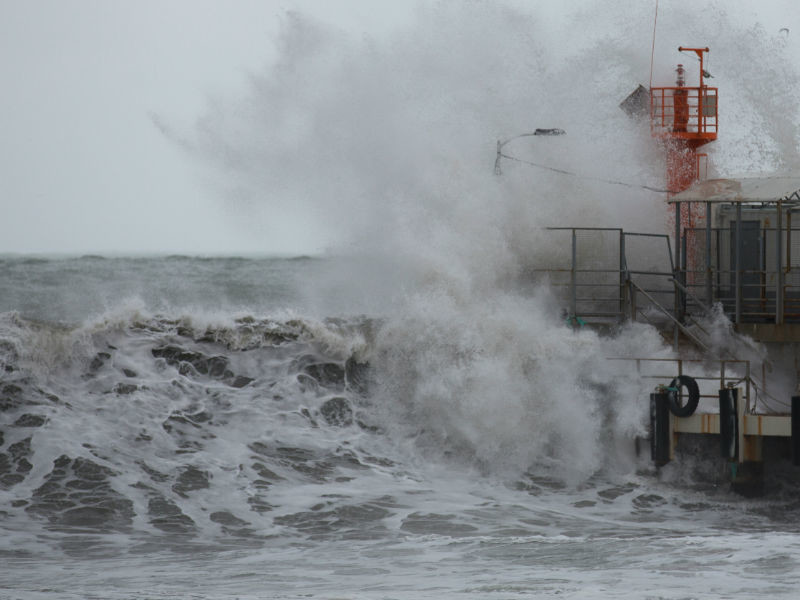 A violent storm, which became part of the rage in Sochi for the second day of the disaster, was able to overcome sea defenses and hit on the local area and playgrounds.

Wave height of several metres and flood the first floors of hotels, which are located far from the coast.

The elements in Sochi has been raging for the second day. Hurricane-force winds with gusts up to 30 metres per second coming down the trees, tear off roofs, damage different designs and power. For Saturday had fallen about 160 trees.

In the first hours after the accident, the city government has created an operational headquarters. In the restoration works involved more than 500 people and nearly 100 pieces of equipment.

A particularly strong element was played in Lazarevsky area of the resort. In Khosta district the wind blew part of the roof of a five-story building. In total in Sochi affected the roofs of six homes.

About the impending hurricane in Sochi warned in advance: storm warning was announced on Friday. As expected, hurricane force winds of up to 30 meters per second will blow at the black sea coast until the end of December 4.

Residents and guests are requested to take the necessary security measures, not to leave the vehicles under trees and dangerous structures.