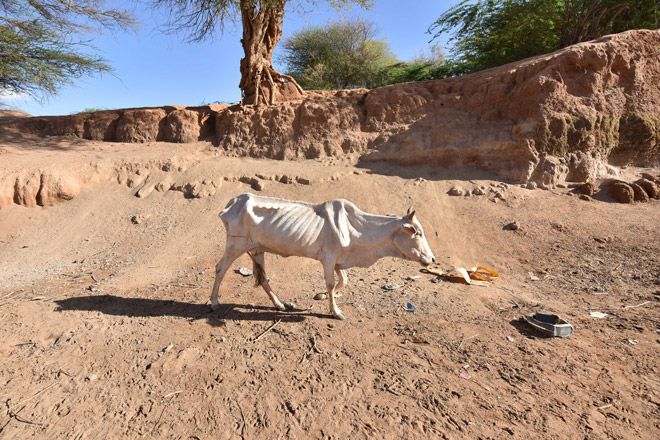 At least 26 people died of starvation in the semi-autonomous region of Jubaland in southern Somalia in just one and a half days, the federal government reported on its website.

Somalia, like other African countries, is facing a devastating drought, as a result of which livestock are dying and yields are declining. 6.2 million people, accounting for about half of the region’s population, need food assistance.

The acute famine that engulfed Jubaland caused the mass exodus of hundreds of families to the capital of Mogadishu.

The website cites Mohamed Hussein, Assistant Interior Minister Jubalanda, who stated that the severe drought killed people within 36 hours, according to data received on Monday. “People in the areas of Jubba and Gedo need urgent help,” the report says.

According to the residents, most cities were controlled by al-Shabab militants, who are engaged in a brutal campaign to overthrow the West-supported federal government in Mogadishu.

Among the group of nine families who arrived in the capital from Jubalanda on Tuesday was 62-year-old Ibrahim Abdou. “Our cows and farms died. The rivers and wells dried up, “he told Reuters.

The inhabitants of the city brought bread and bowls of water to families, but, they said, these people need urgent food assistance.

Rich countries must do more to prevent starvation of the population of Somalia, the UN head said this month, warning that otherwise terrorism will increase. He asks for help in the amount of $ 825 million.