South Asia before and after the monsoon season of 2017 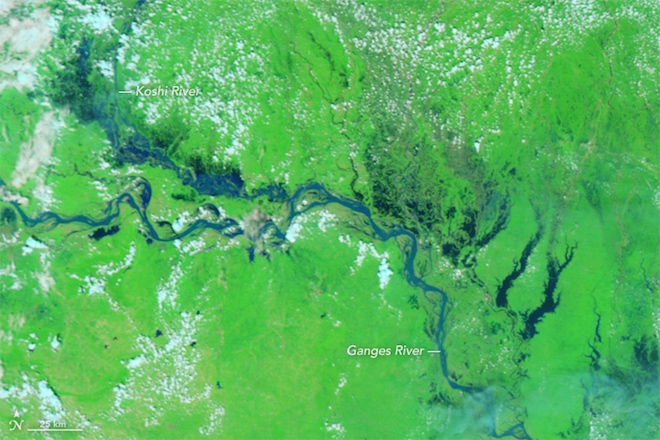 During the monsoon season, heavy rains in South Asia are not uncommon. But the summer monsoon of 2017 was a unique event. In August, exhausting rain went every day and caused a catastrophic flood in northern India, Nepal and Bangladesh.

Suffered more than 40 million people in three countries. Hundreds of villages were flooded, tens of thousands of houses were destroyed. Millions of people live in refugee camps, and vast tracts of agricultural fields and lands for grazing are hidden under water. 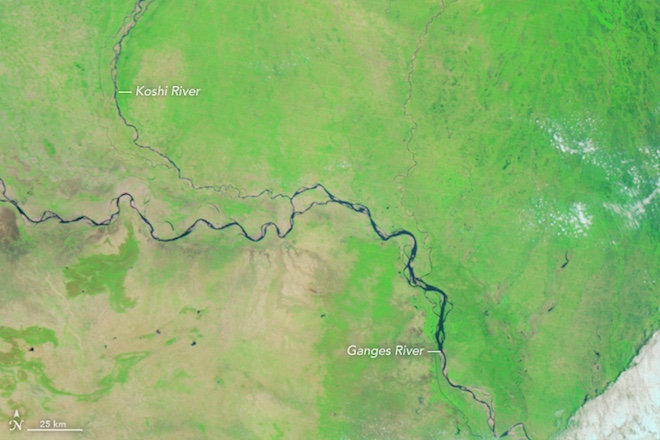 One of the most affected areas is Bihar, a state in East India with a vast area of ​​lowland fertile land. The situation with flooding here deteriorated after heavy rains on August 10, 2017. By September, nearly 17 million people in this state have been affected by the floods. Approximately 7,000 villages in Bihar are flooded and more than 700,000 people have been evacuated.

Two photos taken by the MODIS spectroradiometer on the Terra satellite show how Bizar’s waterways have changed during the monsoon season. The first photo shows the Ganges, Cauchy and several other rivers on September 6, 2017, when flood waters covered huge tracts of land. The second image shows the same region on May 24, 2017, before the monsoon rains began.