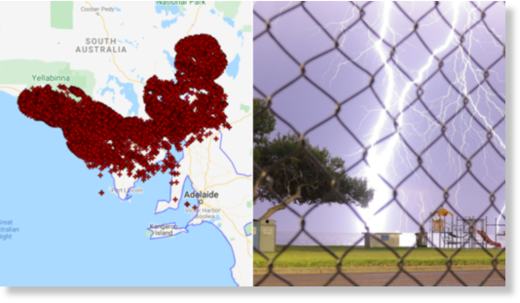 More than 120,000 lightning strikes have struck South Australia. Of these, 19,608 discharges hit the ground northwest of Adelaide since yesterday morning. The rest were in the ocean and did not hit land.

On Friday, the hurricane left more than 15,000 people without electricity. SA Power Networks claims almost all of these blackouts were caused by lightning.

The largest disruption occurred in Whyalla just before 10am, affecting more than 10,300 customers. The power went out for about an hour.

Further torrential rains, hail and destructive winds are expected over Claire and further north, while Adelaide is likely to avoid most of the storm.

Flooding problems persist in livestock areas north of the city.

The coastal areas are also expected to be subject to strong winds.