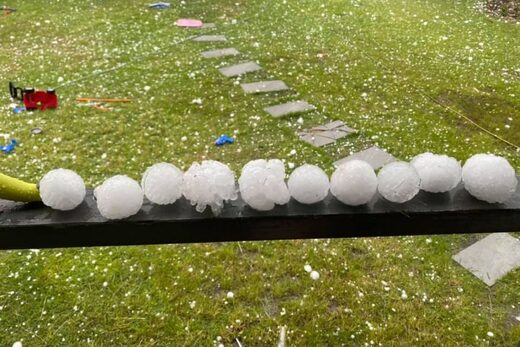 Hail up to 14 centimetres has been reported at Forestdale, south of Brisbane, as parts of south-east Queensland were pummelled by a series of very dangerous and “life threatening” thunderstorms this afternoon.

Hail storms also battered southern Sydney and parts of the New South Wales south coast were warned about flash flooding as an “unstable” weather system moved across the state.

The areas likely to be hit hardest stretch from the Queensland border to north of the Sunshine Coast and communities further inland.