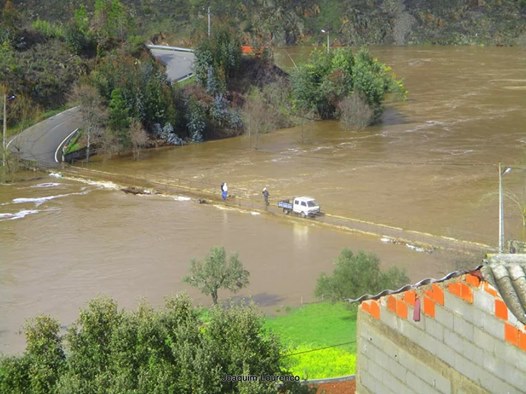 Spain stormed “Felix”, accompanied by heavy rains, powerful winds at speeds up to 140 km / h, floods and waves up to ten meters. As a result of various incidents related to bad weather, five people were injured.

In many coastal regions, the highest “red” warning was announced because of the bad weather.

Hundreds of incidents across the country were due to flooding. So, in the city of Badajoz, an autonomous community of Extremadura, three people fled from flood waters in anticipation of rescuers on the roofs of their cars.

Landslides have come down in places, making traffic difficult.