Spain was overwhelmed with hail 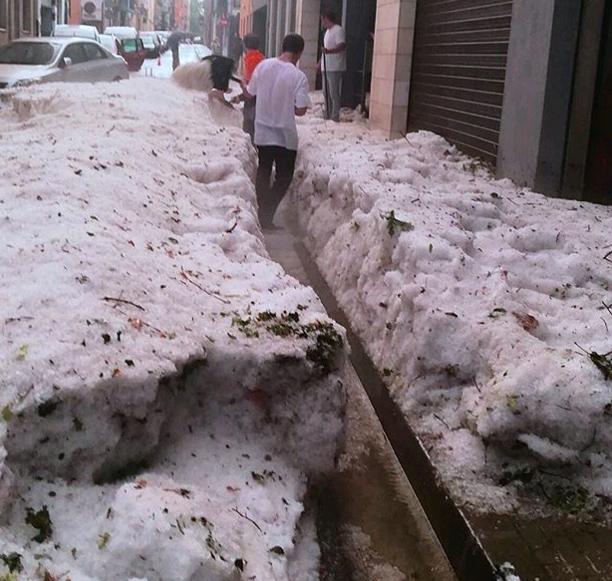 An abnormal amount of hail fell in the city of Girona in the autonomous community of Catalonia. In just 30 minutes the streets were covered with drifts from the hail, which reached a height of up to half a meter.

Automobile traffic stopped, then the hail began to melt and the real rivers began flowing along the streets, rescuers waist-deep in the water to evacuate people from cars that had been stuck in snowdrifts and water.