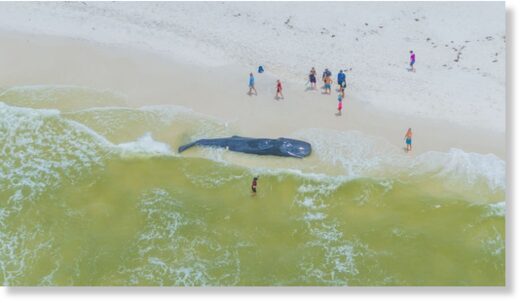 NOAA officials are investigating the death of a sperm whale found in a popular local tourist area, Shell Island.

According to NOAA officials, this species of whale is endangered. It is primarily found in the deep waters of the Gulf of Mexico.

They say it is one of three sperm whale species found in the Gulf of Mexico in the past 10 years.

Officials are not sure what caused the whale’s death. They say the whale was very emaciated when it washed ashore on its own. A necropsy will be conducted to determine the cause of death.