State of emergency introduced in Senegal due to flooding 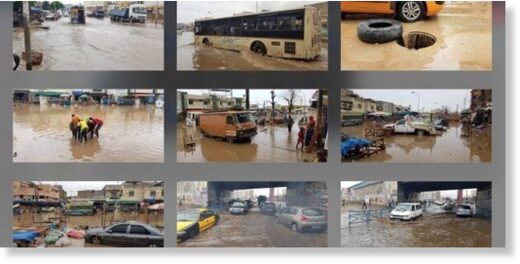 Authorities have declared a state of emergency in Senegal, West Africa due to ongoing flooding in several parts of the country.

Senegal’s National Civil Aviation and Meteorology Agency (Anacim) said that more than 200 mm of rain fell in the Joal, Hombolé, Sokone, Passy, ​​Tiare and Toubakuta areas on 5 September. In some parts of the capital, more than 100 mm of precipitation fell on September 5.

Local media reported that at least 6 people died in floods in several parts of the country on September 5 and 6. Fatalities have been reported in the Dakar (1), Kaolak (2) and Sedhiu (3) regions.