Storm “Damri” will bring to Vietnam the strongest rains 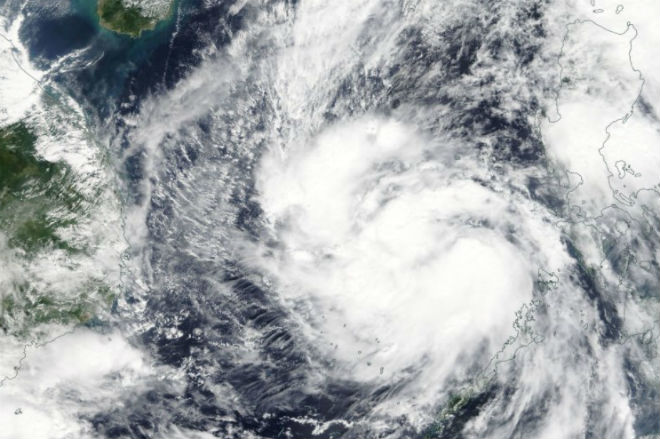 To the west of the Philippines, on November 1, a tropical storm “Damri” was formed, known in the Philippines as “Ramil”, the 23rd storm with a name in this season of typhoons.

It is expected that Damri will be consolidated into a typhoon equivalent to the 1st category hurricane before it hits the southern regions of Vietnam on July 4 and brings powerful winds and heavy rains to the region.

The tropical depression of 28W, which has intensified to a tropical storm, has already led to flooding in some areas of the Philippines. As a result of difficult weather conditions, at least two people died.

As of 06:45 UTC on November 2, the epicenter of the tropical storm “Damri” was located about 480 km southeast of Manila, Philippines, and 840 from the city of Nha Trang, Vietnam.
The element is moving west at a speed of 15 km / h. The maximum wind speed reaches 74 km / h. 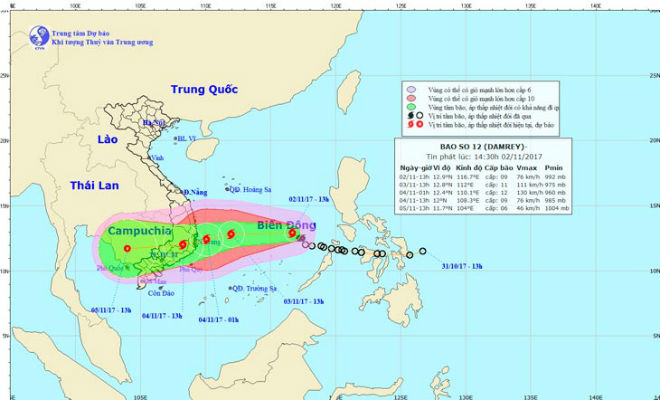 According to forecasts of meteorologists, Damri will continue to increase along the way to Vietnam. The maximum wind speed before reaching the land will reach 120 km / h.

Damuri is a dangerous storm that is expected to bring heavy rains and devastating winds that can lead to floods and landslides to Vietnam and Cambodia.