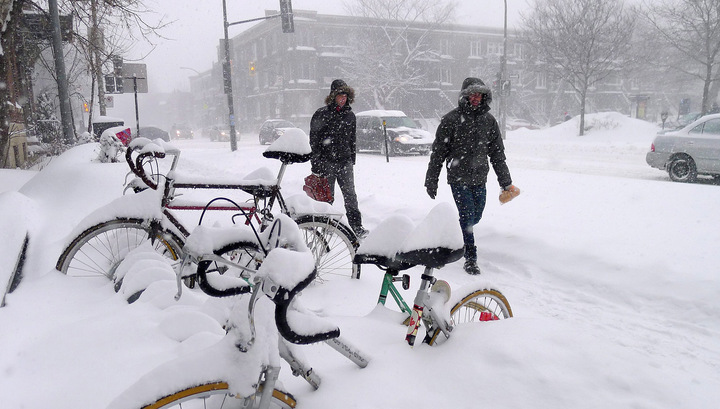 In the Atlantic Canadian province of Newfoundland and Labrador due to heavy snow litter, accompanied by a stormy wind, the ferry and air traffic were disrupted.

The National Meteorological Office reported that the wind speed in the region reaches 140 kilometers per hour (39 meters per second). By the evening of March 12, it can fall to 40 centimeters of snow.

All ferries between Newfoundland and Labrador and Nova Scotia were canceled.

Due to the breakage of power lines in a number of settlements there were interruptions in power supply. Gusts of wind on the coast ripped off the roofs of many houses, some cars knocked out the windows.