Storms and floods kill 22 people and injure thousands in Mozambique 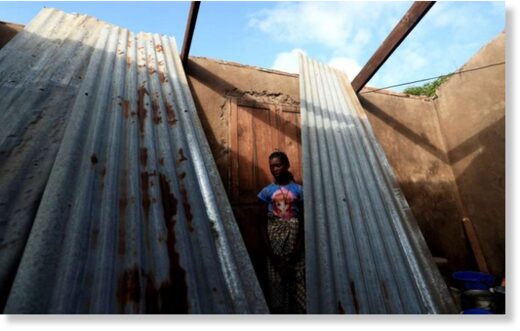 The Mozambican government reports that 22 people have died and 12 have been injured since early October 2020 as a result of heavy rains and high winds in several regions of the country.

Government spokesman and Deputy Minister of Justice Filimao Suaze said that 16,657 people from 3,695 families were affected by floods in the provinces of Nyasa, Nampula, Zambezia and Manica, as well as in Maputo city. Almost 2000 houses were damaged and 922 houses were completely destroyed. Schools and health centers were also affected.

According to the minister, flooding also affected areas of the Doa district in Tete province due to the flooding of the Zambezi River.

At least 13 people have died in flash floods in the Rapale area of ​​Nampula province after the Meluli River overflowed on 12 October.