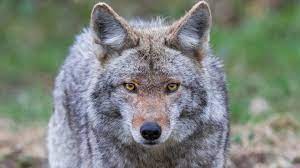 Vancouver coyotes attack people in Stanley Park, bite their own tails, and biologists don’t understand why

Vancouver coyote experts are using every tactic possible – not including catapults and dynamite – to try to solve the mystery of why these animals have attacked dozens of people in Stanley Park this year.

There may not be more than a dozen coyotes living in a four-square-mile park in Vancouver, but they have provincial and city employees chasing their tails in search of answers as to why the animals are so aggressive.

At the same time, the call to rid the park of coyotes is growing louder after nearly 40 cases have been reported since December 2020 of animals biting or showing aggression toward everyone from seniors to toddlers.

Paul Curtis, a professor and wildlife expert at Cornell University in Ithaca, N.Y., has spent decades studying coyote aggression. His research, conducted in New York City parks 15 years ago, showed that people feeding animals that are territorial cause most aggression.

But Curtis said he couldn’t think of any other example of dozens of coyote attacks within eight months.

He’s also concerned about video that appears to show a coyote near Lost Lagoon in Stanley Park jumping and biting its backside or tail repeatedly.

“Something is happening with those animals that is causing this switch in behaviour, particularly an animal biting its own tail. That’s a neurological behaviour that indicates something is really wrong,” Curtis said.

Some wildlife experts suspect the aggressive behaviour is related to food left behind from park users or photographers who bait raccoons to make social media posts.

Others have darker theories about toxins, such as rodent poison. The wildest hypothesis is consumption of drugs from human feces or a buried stash. Overnight campers and party groups have left garbage piles that had to be cleaned up.

Most of the Stanley Park attacks have been reported near Prospect Point, with a few on the seawall and in other parts of the sprawling wooded urban park. Victims range in age from a two-year-old to a 69-year-old.

So far, six coyotes have been euthanized after the attacks, and two of the carcasses were sent for necropsies. No evidence of rabies was found.

Toxicology and genetic tests are pending, according to an email from the Ministry of Forests, Lands, Natural Resource Operations and Rural Development.

In January, ground-level motion sensor cameras were set up on the trails to study the coyotes.

Wildlife researchers are working with the Stanley Park Ecology Society to gather video, and conservation officers are measuring the teeth of captured coyotes to try to match them with known bites.

Coyotes pushed ‘over the brink’

Kristen Walker is a wildlife biologist with the University of British Columbia’s faculty of land and food systems who works with the Stanley Park Ecology Society.

She says some suspect that extra human traffic in the park during the pandemic is “pushing coyotes over the brink,“ but so far the coyote population is not well enough understood to know if that is the case.

Coyotes in Vancouver’s Stanley Park have attacked 3 people this week
Walker and many others advocate better co-existence with the animals rather than culling them.

Shelley Alexander, a professor at the University of Calgary who specializes in the conservation of coyotes and wolves, said she doubts it would be effective to “haze” or scare a coyote as aggressive as the animal or animals responsible for the attacks.

She said the behaviours make her suspect toxins or human abuse, as it is abnormal for coyotes to lunge for no reason.

“Coyotes are a barometer. When this kind of stuff goes awry, they’re telling us there’s something really wrong in that situation,” said Alexander, who launched the Calgary Coyote Project.

As for Cornell University’s Curtis, he said he is curious about what the toxicology reports will reveal, but he’s doubtful coyotes would bother with a drug stash. He said the animals generally avoid anything that’s strange to them.

He also urged a look at how the coyotes are biting:

If it’s on the neck and head, it’s predatory
If they are biting at the legs or backside of a human, it’s aggression.
Given the behaviours caught on video and described by victims, Curtis said, rabies, canine distemper or another neurological disorder may be to blame for the abnormal number of attacks.

‘These coyotes are being fed’
So far, humans are ignoring calls from the B.C. Conservation Officer Service to avoid Stanley Park. More people have begun living in the park since the start of the pandemic, and others party there at night.

Meanwhile, the official response has been complicated by the fact that the Vancouver Park Board is on a summer hiatus.

Donnie Rosa, the park board’s general manager, said it’s an “unprecedented” situation that hasn’t been seen in other parks.

Park board staff are trying to educate people and improve garbage disposal.

“The biggest thing we can point to right now is human behaviour. These coyotes are being fed,” Rosa said.

So what do you think we should do with these coyotes?