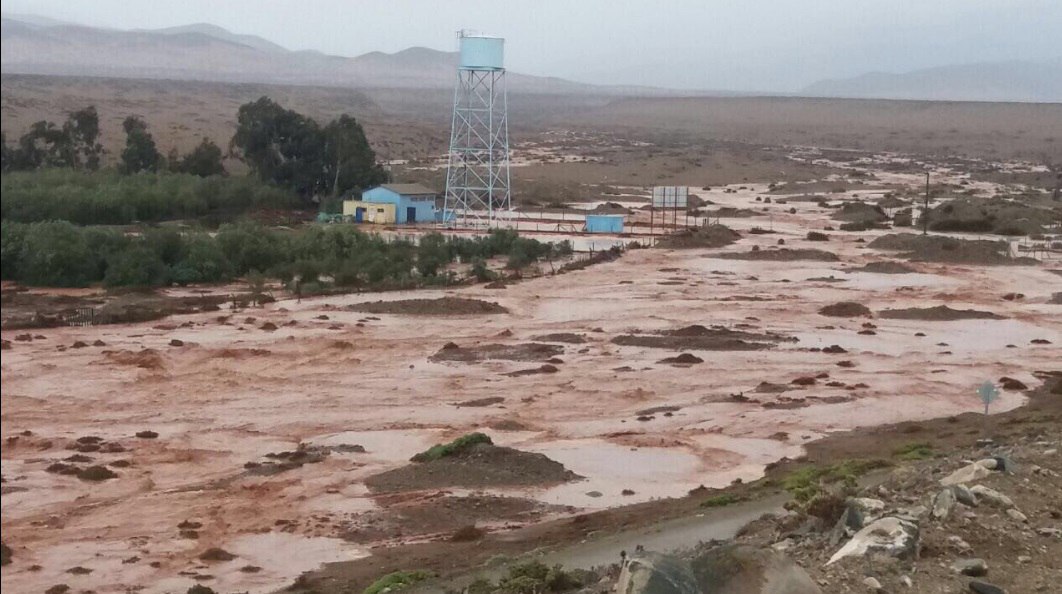 Unusually heavy rains in the arid northern region of Chile led to a massive flood. Over the past few days, hundreds of local residents have been affected. Whole villages are surrounded by water. The rivers came out of the banks.

The National Center for Emergencies announced a red danger level. At the same time, the vice-president of Chile says that everything is under control. About 3000 houses were drowned, more than 1,300 people were evacuated. Now people suffer from disruptions with electricity and from lack of drinking water. Weather forecasters predict: rains will wane.

Atacama is one of the driest places on Earth. Over the past four centuries, there has been no significant rainfall. In some parts of the rain falls every few decades, and some meteorological stations have not fixed the rain ever.

Floods have not bypassed the area of ​​Coquimbo. Two people died in the province of Limaria, their car was blown away by flood waters.