Strong frosts hit the US 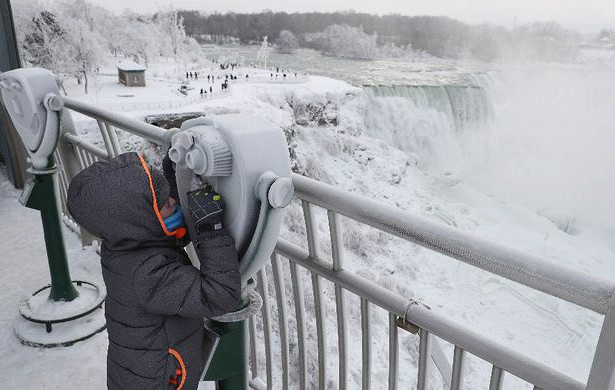 The record low temperatures in North America led to the illusion of the freezing of the Niagara Falls in the USA. Nevertheless, the streams of water did not freeze – the water dust turns into ice still in the air when it settles on rocks, railings and everything around. Tourists come to the state of New York from neighboring areas to admire the unique spectacle.

Meanwhile, in other regions of the USA extremely low temperatures create inconveniences for the population. So, in Massachusetts, the thermometer’s column dropped to -13 C, which broke the record of the cold of 1903.

And in Duluth, Minnesota, the temperature was -44 C.

“It’s so cold that people can not even walk a dog without risking getting frostbite,” said meteorologist Jennifer Varian.