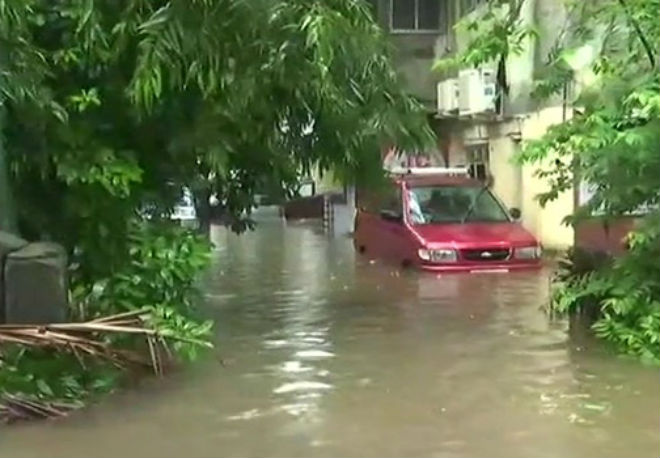 Heavy rains caused a flood in the large Indian city of Mumbai and its suburbs. At least four people died.

In the southern part of the city, after a continuous rain, a huge section of the wall collapsed, burying 15 cars under it. Everything went without sacrifice.

In addition, bad weather caused delays in the movement of trains.
In some parts of the city, about 200 mm of precipitation fell.