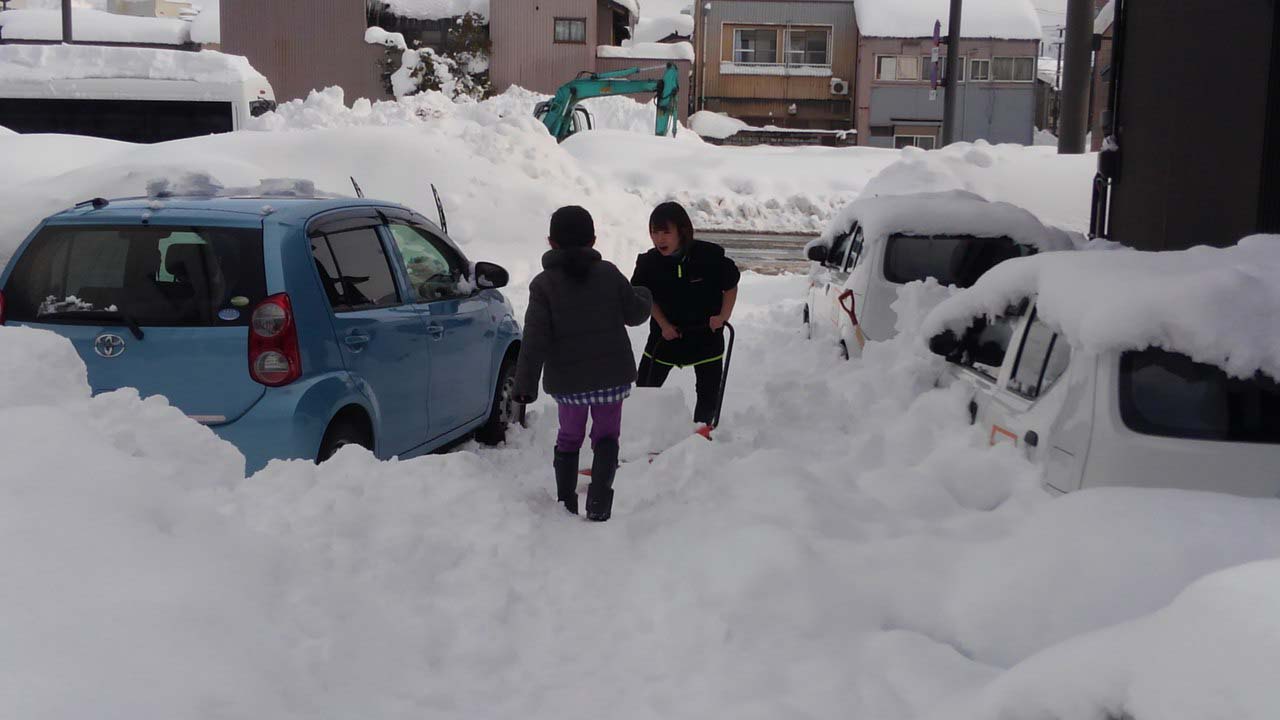 At least seven people died in the last week in various parts of Japan because of incidents caused by heavy snowfalls. About 70 people were injured and injured.

The highest number of victims was recorded in Fukui Prefecture on the coast of the Sea of ​​Japan, where the height of drifts in the days of the most abundant rainfall reached two meters. Five people died in Fukui Prefecture. Three of them were poisoned by carbon monoxide in cars caught in snow drifts. An elderly man died in Niagata Prefecture. Presumably, he fell into the gutter when he cleared the snow. Another person died in an accident in Fukuoka Prefecture, when he was delivering mail on a motorcycle.

Strong precipitation in Japan has not stopped for the second week. During this time on the coast of the Sea of ​​Japan fell more than a monthly rate of snow. As a result, on some days dozens of flights were canceled, the movement of trains in a number of directions in the central part of the country was stopped, and classes in schools ceased.