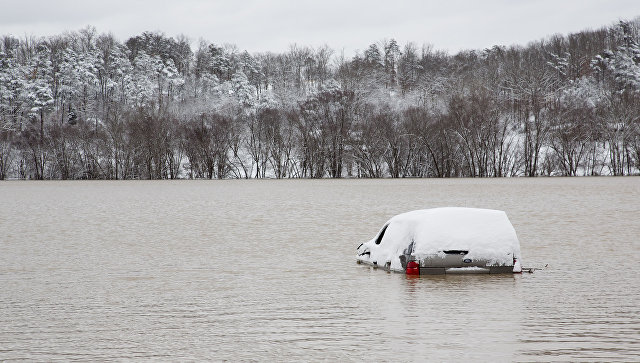 A violent storm hit the American state of Kentucky on Sunday night, two people were killed.

The victim of a bad weather was the driver, whose car was washed from the bridge by a stream of water. Another woman died in her house, which was hit by a tornado.

Storm in some areas of the state was accompanied by a tornado. At least 12 houses were damaged, a colo of 30 people were forced to leave their homes because of the weather.