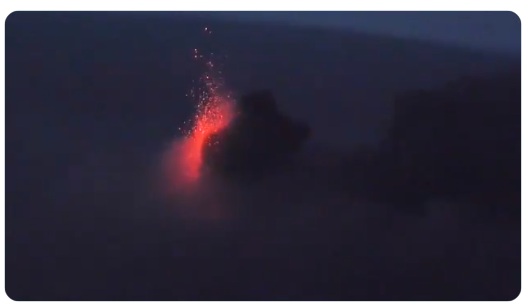 The explosive activity of Mount Etna in Italy increased on October 7, 2020, when the first eruption occurred at 06:35 UTC, accompanied by significant ash emissions up to 4.6 km above sea level.

Volcanic ash is undetectable in satellite imagery due to the cloud cover.

Mount Etna, towering over Catania, the second largest city in Sicily, has one of the world’s longest documented records of historical volcanism dating back to 1500 BC. Historic lava flows of basaltic composition cover most of the surface of this massive volcano, the cone of which is the highest and largest in Italy.