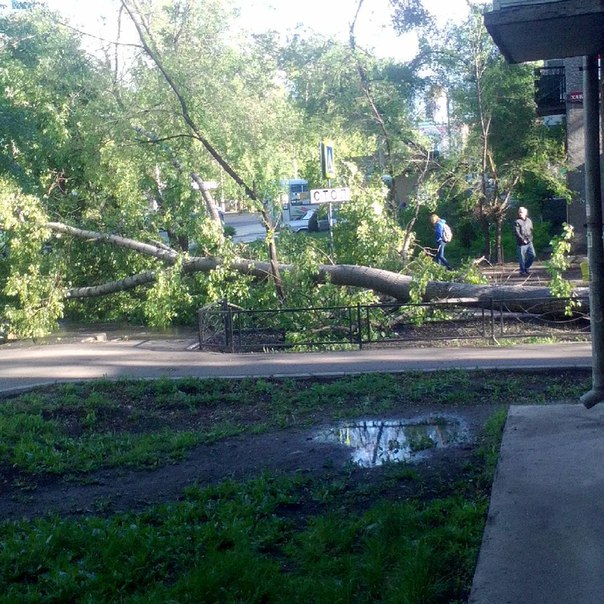 The hurricane hit the Krasnoyarsk Territory, Khakassia, the Irkutsk Region and Buryatia.
In Abakan, gusts of wind reached 28 m / s. And Sayanogorsk suffered from hail, which broke windows of cars. In the Minusinsk District of the Krasnoyarsk Territory, a gust of wind blew the roof of the kindergarten “Solnyshko”, located on Geologicheskaya Street in the village of Selivanikha.

Roof from the profiled sheet first collapsed to the neighboring store “Polina”, and then landed on the nearby “Lada”. The driver of the car was at that moment in the car. According to preliminary data, no one was injured as a result of the incident. Representatives of law enforcement agencies, rural and district administrations work at the site of the emergency.

In Irkutsk, gusts of wind reached 27 m / s. They were so strong that a stopping point in the neighborhood of Solnechny passed through the roadway. In Pervomaisky, a billboard fell. And in the street Shirjamova the same design collapsed right next to the stop. The wind was blowing in Buryatia too. Trees and advertising constructions were found in Ulan-Ude.