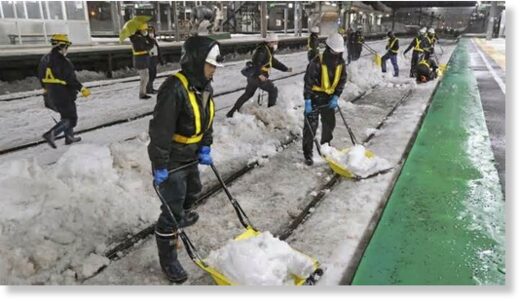 According to the Hokkaido Shimbun newspaper, a severe blizzard hit the northern island of Hokkaido on Tuesday, and houses were flooded in parts of the island due to the storm surge.

A gust of 162 km / h was recorded at Cape Erimo in Hokkaido and 135 km / h in Sakata City, Yamagata Prefecture.

The Japanese Meteorological Agency has warned of “the worst blizzard in years.”