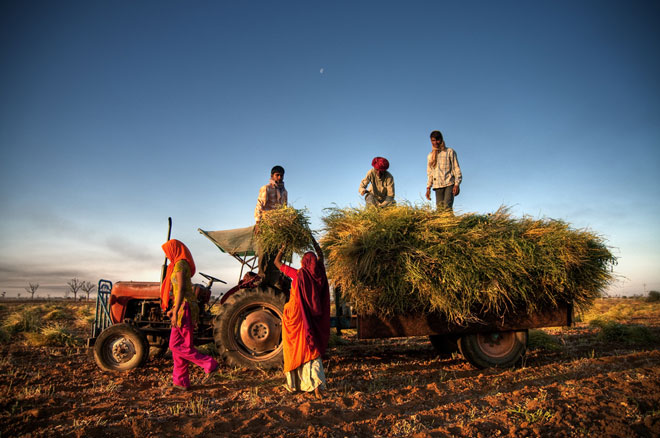 The heat, drought, storm and famine caused by climate change have led to thousands more suicides in India, the new report says.

During the vegetation season in the South Asian country, every degree of warming above 20 ° C is equal to the death of 67 people who commit suicide, the study said. Experts say that the data is particularly alarming, as the average temperature in India could rise by another 3 ° C by 2050.

Indian farmers regularly suffer from extreme weather events, including severe storms and heat waves. Some farmers rely solely on natural rainfall for irrigation. Tamm Carlton, who conducted the study, said that 59,000 suicides in the last 30 years could be related to climate change.

“We can not stop warming, but that does not mean that we can not do something about the suicide problem,” says Vikram Patel, an Indian psychiatrist and mental health expert at Harvard Medical School in Boston.

There are many factors that can provoke suicide – bad harvests, financial problems, access to easy ways of hurting yourself, lack of support for society. In India, many farmers consume toxic pesticides to forever forget about their unbearable debts.

Last month, hundreds of people organized a so-called 100-day protest in New Delhi to “prevent the suicides of farmers who feed the country.” Some brought human skulls that belonged to farmers who killed themselves due to a drought in the southern state of Tamil Nadu.

The west and north-east of India suffer from floods that washed away villages and crops. Heavy rains forced rivers in the states of Gujarat, Assam and Rajasthan to leave the coast, killing 130 people.

The Indian Meteorological Center reported that this year the monsoon rains from June to September will be 4% more abundant than the average.

Minister of Agriculture Radha Mohan Singh said last week that in 2016 there were 11,458 suicides of farmers – the lowest number in two decades. It was a year of mild temperatures and monsoon rains that did not exceed the norm.

He admitted that the number of suicides of farmers rose by almost 9% in each of the two past years, both of which were marred by drought.

The Indian criminal service found that more than half (58%) of the 12,602 suicide farmers in 2015 were the result of bankruptcy, debts and other problems related to farming. One-fifth of world suicides occur in India, which is roughly proportional to the proportion of the country’s population relative to the global population. The pace of suicide in the state has doubled since 1980 (then the rise in temperature values ​​began).