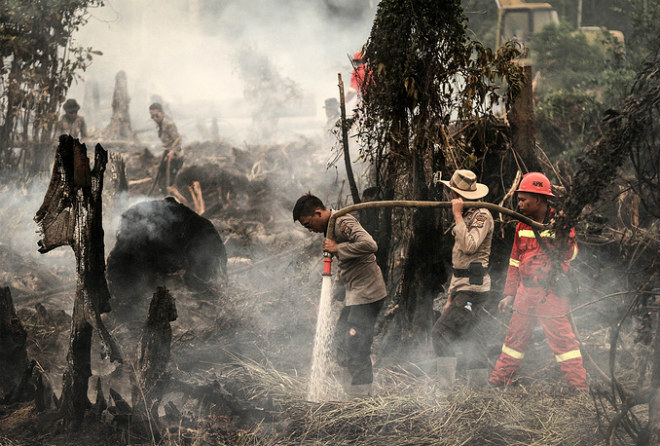 In the province of Riau on the Indonesian island of Sumatra, Tuesday was canceled classes in schools due to severe air pollution, caused by strong forest fires. The index of air pollution has exceeded 360 units, 160 units exceeded the danger threshold.

After reducing the air pollution level classes in schools will be resumed. Heavy smoke from natural fires has also lowered the visibility of the places in the towns of the province to 500 meters. In Riau and some other provinces of Indonesia declared a state of emergency due to forest fires.

Doctors urged residents to spend less time outdoors and when going outside wear protective masks. In the past year due to forest fires, heavy smoke was the cause of different diseases over 100 of thousands of Indonesians.