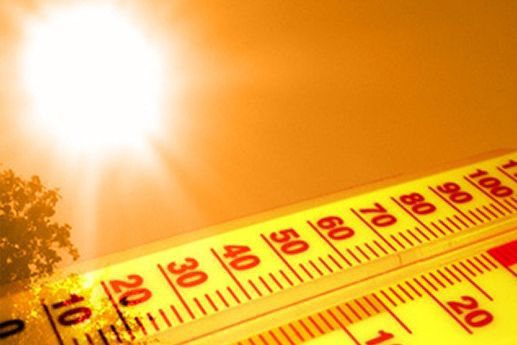 Meteorologists say the Northern hemisphere steadily to a record high average temperatures in the spring of 2015, said the Director of hydrometeorological centre of Russia Roman Vilfand.

Starting in the spring of 2015, that is already a year and a half, each season is extremely warm in the spring 2015, summer, autumn and so on are set to extreme values on the average for the Northern hemisphere. There is a consistent increase in temperature – not much, but, nevertheless, all the time I records. It is, generally speaking, the event truly unique and difficult to predict in advance, – said Vilfand.

It’s an extraordinary situation that requires analysis and scientific understanding, he said.

So, according to him, last summer in the Northern hemisphere was the hottest in the history of regular meteorological observations on the planet.

That is, since 1891, it was the hottest summer – said the meteorologist.

Very hot the summer was in the Arctic, the United States of America, China, said Vilfand. In Russia this past summer was one of the hottest in history. Express analysis, conducted by experts, suggests that average summer temperatures across the country is at the level of the previous record, set in 2010. Vilfand said that we are talking about average temperature in Russia over the summer.

You might be surprise, because the summer of 2010 was much hotter. But it was hotter for Muscovites, and residents of Novosibirsk or Omsk it was then very cold. The difference this summer is that throughout the country temperatures were above normal, – said the head meteorologist.

He said that summer temperatures in 2010 in the European territory of Russia and in Yakutia was higher than normal, and in Western Siberia the weather was very cold, three degrees below normal. Temperature regime this summer throughout the country was above normal, with average values at the level of 2010.

The hottest regions of the Russian North, the entire North of the European territory and the Urals and the Asian part of the country. In Chukotka, the Kolyma, the Urals, everywhere the temperature was extremely high. These are the regions where in General for the entire observation period did not have such high temperatures in an average summer. In Western Siberia and in the Baikal area was also extremely high temperatures that contributed to the average temperature in Russia, – said the meteorologist.

According to him, these phenomena are linked to global warming, which in turn caused an increase in the concentration of greenhouse gases.

The second reason is a marked phenomenon El niño, which has for years been observed in the Northern hemisphere. First, warmer water in the East equator Pacific ocean, and then the temperature of the ocean has increased significantly and has spread, – said Vilfand.

Currently, the El niño ceased and established the so-called neutral phase: the water temperature in the East Equatorial Pacific ocean near normal, neither warming nor cooling.

Whether it will affect the temperature fall, look, – he said.

Global warming has several negative effects: melting glaciers, rising sea levels, changes in the structure of soils, and hence conditions for agriculture, the increase in the number of extreme weather events (e.g. severe rainfall, which is observed in all regions of the world), the increase in the frequency of dry events.

That is normal the weather is getting less, increases the frequency of occurrence of extreme events – very heavy rains and periods of drought, very strong winds that carry destructive power of typhoons, tropical cyclones – all this is a consequence of global warming – concluded Vilfand.