Summer suddenly became cold in southern Norway – 30 centimeters of snow with a temperature of -7.2 C 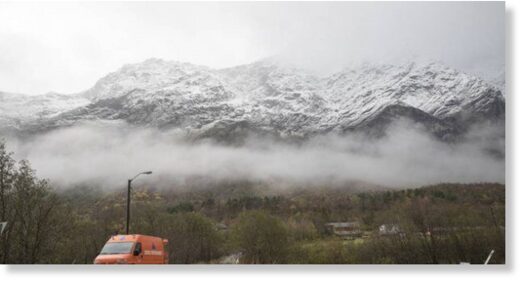 Slippery roads and as much as 30 centimeters of snow in the mountains caused warnings from state road services that motorists should not drive along mountain passes without studded tires on their vehicles.

In the mountains of southern Norway, a new record low temperature for July was minus -7.2 C.

Strong winds also forced the cancellation of all cruise ferries between southern Norway and Denmark, shortly after they were finally allowed again when travel restrictions related to coronavirus were relaxed.

Storm winds and stormy seas also prompted state meteorologists to issue warnings for small vessels and urge all shipowners to stay in port.