Super-storm thunderstorms in England and France 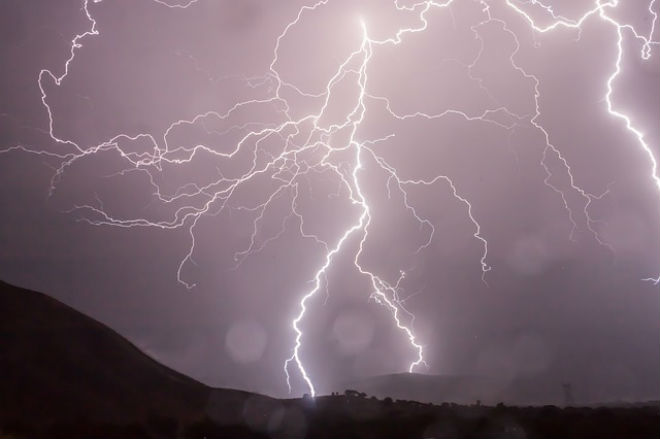 More than 120,000 lightning flashes in the sky were recorded for 12 hours on the night of Monday, May 29, over the southeastern part of England and northern France.

Between 18:00 and Sunday until 06:00 on Monday there were about 500 lightning flashes per minute.

Experts described the weather conditions as “intense, dangerous super-cell storms”. Such thunderstorms are very rare, but pose the greatest threat to the health and life of a person and his property.

As a result of lightning strikes in the villages of Staplehurst and Folkestone, Kent, England, two houses burned.

In many areas, due to bad weather, television and telephone signals were malfunctioning.