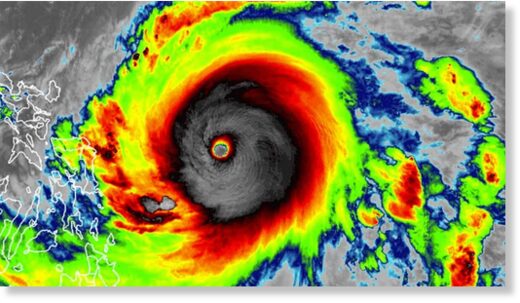 Super Typhoon Suriga is expected to bring winds of up to 120 km / h to parts of the eastern Philippines, but the center of the storm is expected to remain at sea.

According to the Philippines Atmospheric, Geophysical and Astronomical Services Authority (PAGASA), winds of up to 215 km / h were predicted in the center of the storm, but the typhoon is not expected to reach the coast.

An update was later released reporting that Suriga reached wind speeds of 190 mph and 888 mbar, becoming the strongest 5th cyclone and the most intense April tropical cyclone on record. He will head further northwest across the Philippine Sea.