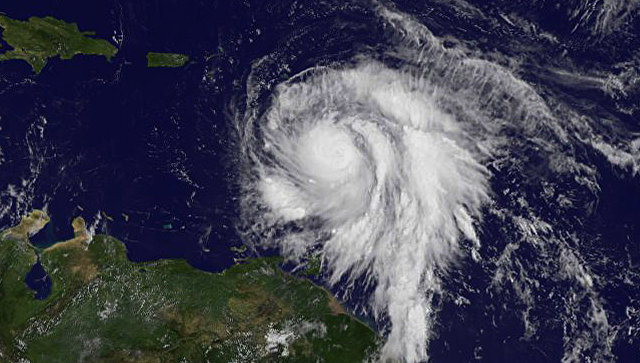 Originated in the Pacific typhoon Maria in the next day, is expected to move to the stage of super-typhoon and then go to the east coast of China.

On the eve of the seaside weather forecasters reported that the tropical depression, which originated on July 3 in the equatorial part of the Pacific Ocean, passed into the stage of a tropical storm and received the name Maria, ordinal number 8. Experts noted that by the end of next week the typhoon could reach the Sea of ​​Japan, changes in the forecast.

“To date, the tropical storm has reached the next stage of development – the typhoon, the pressure in the center has already dropped to 970 hPa … Intensively deepening, continues to shift north, northwest at a speed of about 14 km / h, the maximum wind near the center of the typhoon is 35 m / s In the next 24 hours, its transition to the super-typhoon stage is predicted, and the typhoon will deviate to the northwest, west and early next week to the East China Sea, “the report said.

According to the latest calculations, the forecast of the further trajectory of the vortex movement has changed again. Going south to the sea, the typhoon will not turn north, but continue to move in the same direction. By the middle of next week, it will approach the eastern coast of China south of Shanghai and reach the continent, weather forecasters say.

It is noted that this trajectory is favorable for the Primorsky Territory. However, it is possible that there will be other options for the development of events.