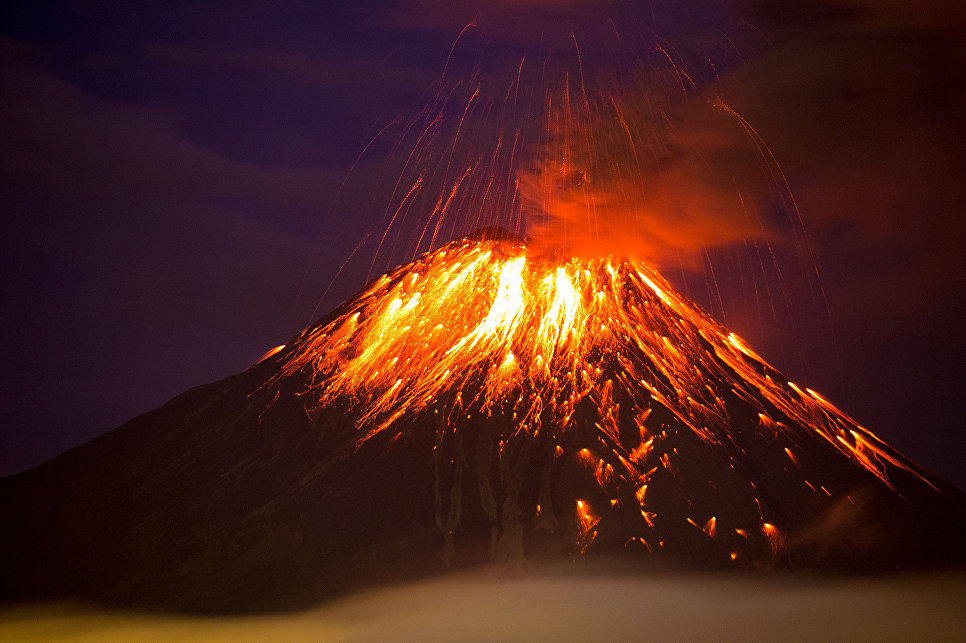 The most powerful eruptions of super volcanoes, which can seriously change the Earth’s climate or cause mass extinctions of animals, occur much more often than scientists thought, about once every 17 thousand years.

“In 2004, our colleagues published the first estimates of this kind, according to which the super-volcanic eruptions should occur every 45-700 thousand years, which significantly exceeds the time of our civilization.Our calculations show that they occur on average once every 17 thousand “This shows that humanity is incredibly lucky – the last such event happened 30 thousand years ago,” said Jonathan Rougier of the University of Bristol (UK).

Mankind has already experienced several such catastrophes in the short history of its existence. For example, the eruption of the Toba supervolcan, which occurred approximately 70,000 years ago, led to the onset of a “volcanic winter” for several years and the almost complete disappearance of people. Similar events took place in New Zealand 27 thousand years ago and 240 thousand years ago, and also in California 760 thousand years ago.

Rouget and his colleagues tried to calculate the frequency of eruptions of super volcanoes, relying on a simple mathematical principle – the more powerful such a cataclysm, the less often they occur. Guided by this idea, scientists analyzed the data collected by geologists and seismologists during observations of several thousand volcanic eruptions in the framework of the LaMEVE project.

As calculations by British geologists show, eruptions of super volcanoes should occur more often than predicted by the study of their last traces on Earth – they explode every 5-49 thousand years, and not every 45-700 thousand years, as scientists previously believed. On average, they must generate powerful eruptions every 17 thousand years.

Such an assessment, according to Rouget, says that scientists greatly underestimated the danger of super volcanoes – the probability that they could destroy our civilization in the past was much higher than geologists had expected.

“On the other hand, it is important to understand that this discovery does not mean that the next eruption of the super volcano should have happened long ago, and that it can happen at any time – the Earth’s bowels do not work according to the schedule and do not go like a clock. is capable of destroying itself even before it happens, and therefore it is not necessary to consider supervolcanoes as the only serious threat to civilization, “concludes the British scientist.