Surprises from the ocean undersea volcanoes 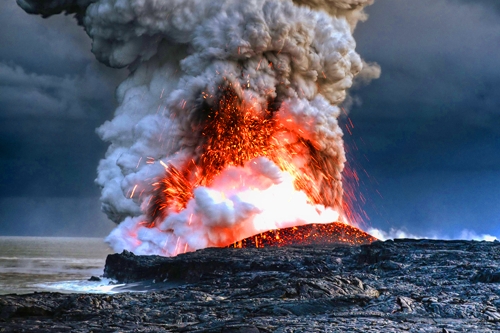 When we hear about volcanoes, we immediately submitted a fire-breathing mountain, spewing clouds of ash, thousands of volcanic bombs and lava flows. These paintings are typical of volcanoes located on land, but not everyone knows that at the bottom of the ocean is much more active and extinct volcanoes than all the continents of the earth. 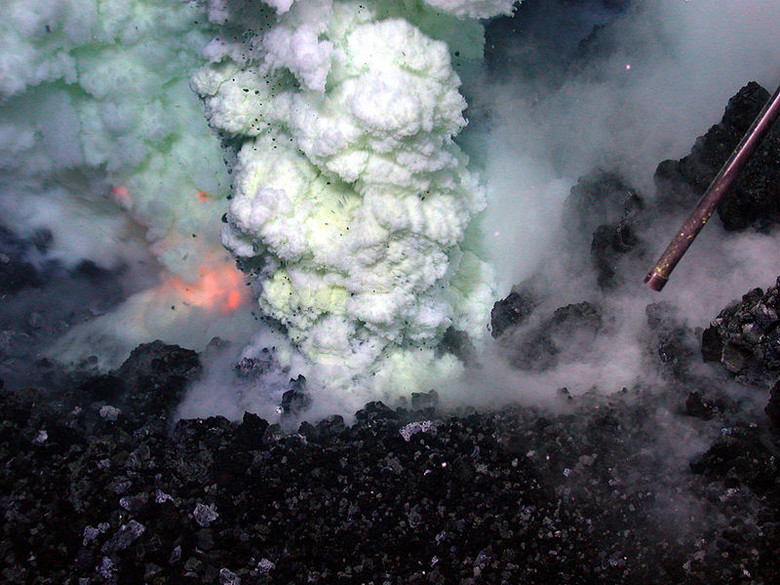 It would seem that in our time, geographical map already do not need any changes, a long time open all the continents and even the tiniest Islands, using aerial photography and satellite imagery updated their contours and coordinates.

However, the Earth is not a dead body, she continues to live and proof of this are the new Islands that from time to time appear on the surface of the ocean. Their birth is due to underwater volcanic activity, which is particularly severe in the Pacific ocean.

At the moment there have been about two hundred cases of eruptions of underwater volcanoes, which ended with the appearance on the surface of the ocean for new Islands. However, not all “newborns” were able to resist the onslaught of waves, storms and underwater currents, only one quarter of the emerged Islands “survived” and eventually appeared on maps. Here are just a few examples of Islands that rose from the sea.

In 1796, in the Aleutian archipelago submarine volcano in the process of eruption so increased its height that rose above the ocean surface. After a few years, the area of the volcanic island made up of 30 square kilometers and it has received the name Isle St. John the divine (Theological island). It is reported that the island periodically appeared and disappeared. In the last recorded revival in 1910. 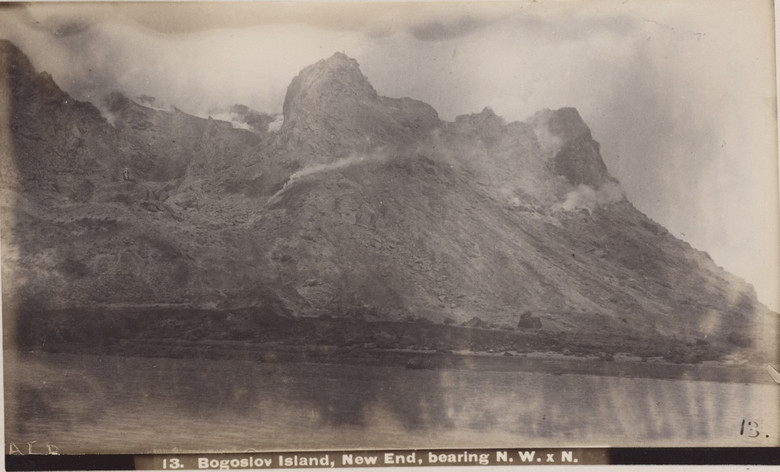 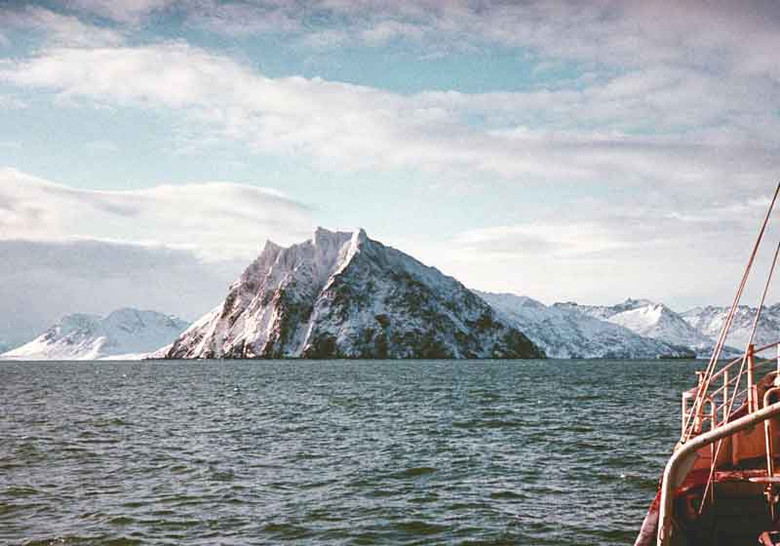 The Island Of St. John The Evangelist. Navarino district of the Bering sea. November 1976

In 1974, underwater volcanism helped Japan a little to increase their territory. In that year, at a distance of 1000 km from Tokyo out of the water rose a volcanic island with an area of 205 000 square meters, named Nishinoshima. The island refers to the island chain of Ogawara. Since then, it constantly increases its size. 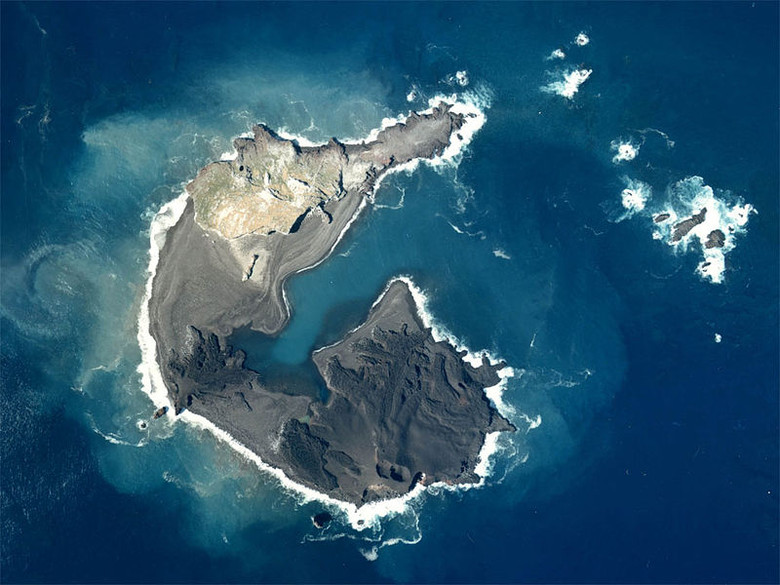 After a while, after the assurances of volcanologists and oceanographers in its stability, it was included in the territory of Japan. On November 20, 2015 the length of the island from West to East is 1850 metres and from the South to the North — 1900 meters. The highest point of the island situated at an altitude of about 100 meters above the sea level. 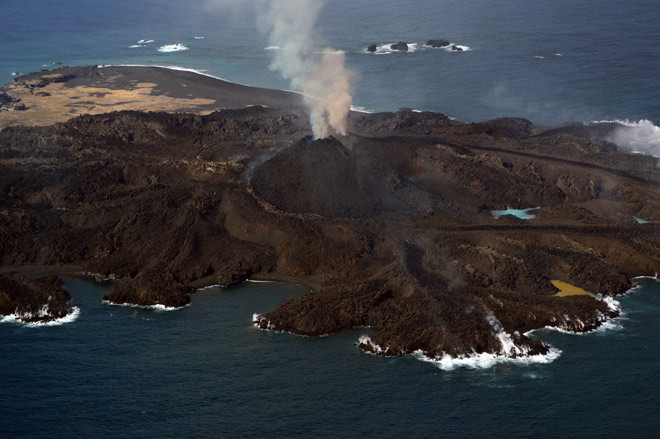 In 2015 in the South Pacific ocean has a new island — it happened due to the eruption of an underwater volcano hung Haapai. The island is at a distance of 45 kilometers from Nuku’alofa, the capital of the Kingdom of Tonga.

The length of the island is 1.8 km long and a width of 1.2 km, but scientists warn about its instability: the island can crumble to pieces and sink to the bottom of the sea. It consists mainly of volcanic slag: a dark breed, where sometimes the crystals. 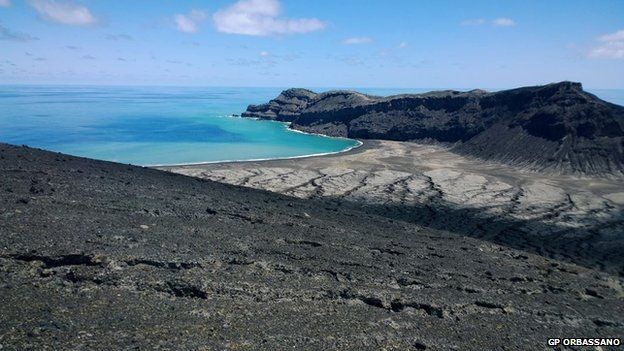 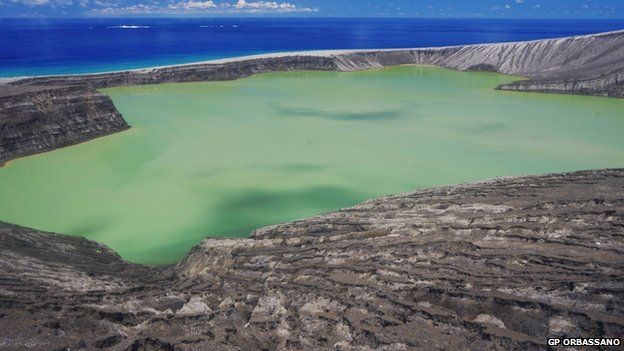 The eruption of an underwater volcano near Tonga States, clouds of steam, ash and smoke up to 100 meters in height (18 March 2009). 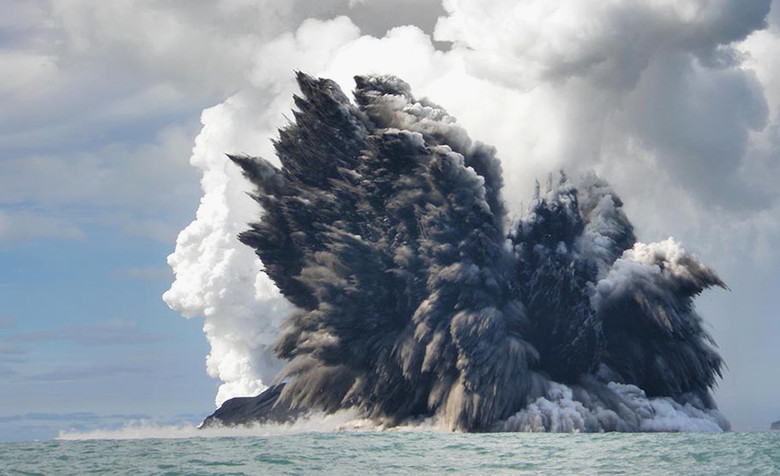 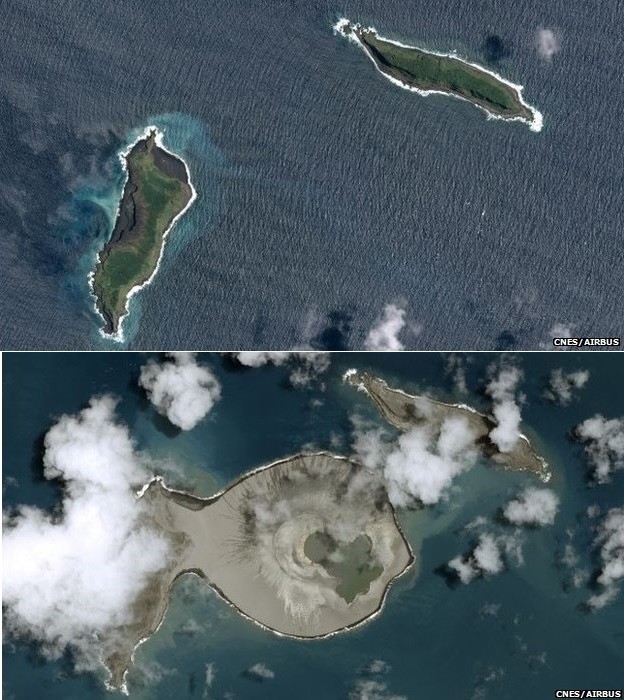 In XX century scientists have found that underwater volcanoes on our planet, much more than located on land. Under water, they counted about 32 thousand of volcanoes, on land and only 1.5 thousand. The present record for number of underwater volcanoes became the Pacific ocean, it became clear in summing up the International geophysical year.

According to a number scientists, this was one of the most striking discoveries of the last century. It was also found that the activity of underwater volcanoes is much higher than the surface. Almost all the mountains on the bottom of oceans proved by volcanoes, active or already extinct. Scientists managed to open a system combining volcanoes sushi with their underwater counterparts, it was called Pacific fire ring. 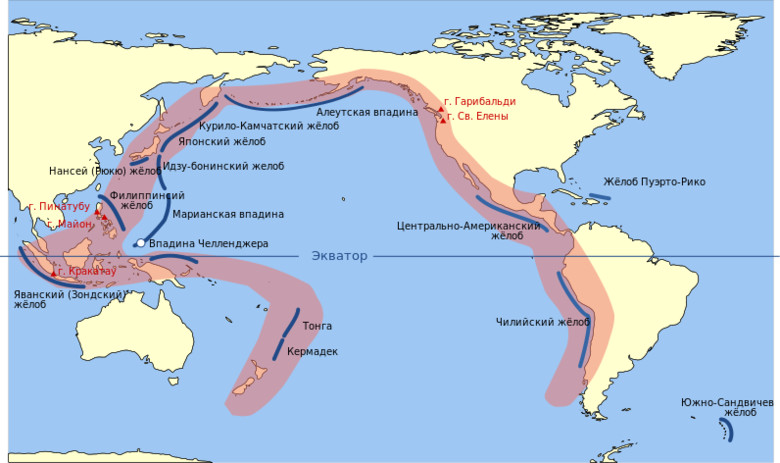 In addition to a very common and quite normal underwater volcanoes, scientists in 10 miles from the coast of California managed to access a number of unique asphalt volcanoes, which had no parallel until the present time. These volcanoes about 40 million years, the largest of them is located at a depth of 220 meters it is not surprising that it was discovered recently.

The height of volcanoes just above a six-storey building, and their base area may exceed the football field. They consist entirely of asphalt and, according to scientists, was formed as a result of a series of receipts into the Pacific ocean, large portions of hydrocarbons.

Vyplesnulas on the bottom of the ocean of oil hardened into cones of bitumen. To explore the unique natural formations, scientists first used the research submarine Alvin, plunging it straight to the volcanoes.

Asphalt volcano at the bottom of the Gulf of Mexico 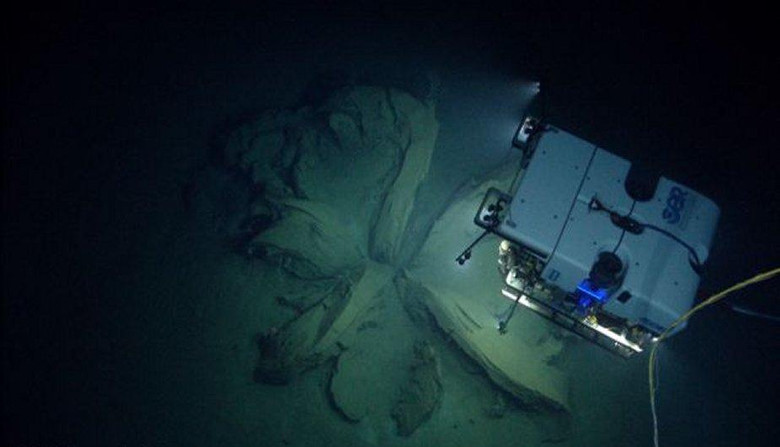 Then use remote-controlled underwater vehicle with a manipulator have taken samples of volcanic rock. She was very fragile and was easily milled to a state of “thick oil”, which can be used for energy.

Scientists believe that along with the oil on the bottom of the ocean was abundant and the release of methane, a greenhouse gas. By assumption, researchers from the University of Santa Barbara, it was intense release of methane in these volcanoes could be one of the causes of the Ice age.