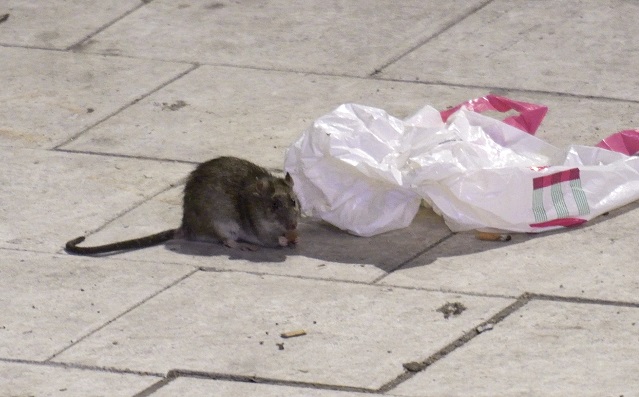 Residents of the Swedish city Sundsvall complained about the invasion of rats, which, according to eyewitnesses, reach the size of cats.

Local authorities warned residents of one of the districts of the city that animals can be dangerous. The citizens were advised to keep the doors and windows closed, while the schoolchildren were not allowed to leave the premises during the changes.

In addition, the Swedes were advised not to allow the penetration of rats into houses and in no case to feed them. The city was strengthened by the supervision of any edible rubbish.

Parents whose children have not reached school age were asked not to feed them on the street, and also to avoid having the child fall asleep in the fresh air.
Authorities believe that the reason for the huge number of abnormally large rats is the disposal center, which is in the process of moving.

Since the old place where the center was, empty, the animals rushed to find food in the city. While there are 50 traps in the territory, but each of them contains only two rats, the local municipality is considering other ways of catching rodents.