Swiss glaciers are doomed to disappear? 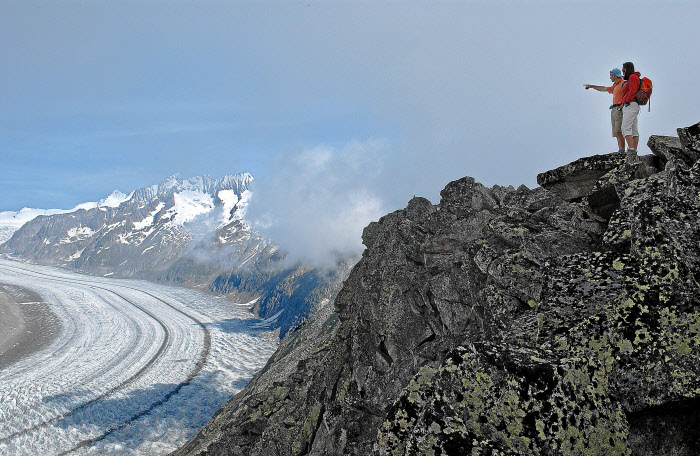 One of the main sources of drinking water on the planet are glaciers. And most importantly – clean drinking water. Aletsch, Gorner, Morterach are all glaciers in Switzerland. And no matter how carefully the country treats the surrounding nature and its careful protection, the Swiss glaciers are doomed to disappear. In 1850, the total surface of the Swiss glaciers was 1735 square kilometers. Today they left a little more than half. But the main thing is that the rate of melting of glaciers increases, and the reason for this is not only global warming, but also air pollution.

In Switzerland, there are still many peaks and sufficient spaces covered with ice all year round, but they seem only white from the snow. For the Confederation, the study of its own glaciers is one of the important scientific and economic interests. Scientific research conducted by universities and glaciology centers is supported by the state, but it is impossible to prevent the inevitable. Glaciers melt and reduce not only their area, but also the thickness. Experts at Glamos research center believe that glaciers can melt 80-90% after a hundred years. The famous Aletschgletsche, the biggest in the Alps, is 23 km long, 1.5 km in average and up to a depth of 900 meters, nowadays it decreases at a speed of about 200 meters per year. The director of the Alec Center, Laudo Albrecht, confirms the unfortunate facts: over the past 40 years, the length of the glacier has decreased by 1,300 meters and the depth by 200. Drop by drop merge into streams that sweep down to the valleys feeding the Rhone, the Rhine, Royce, Ticino and other European rivers.

The consequences of melting glaciers for Switzerland will become serious. A significant reduction in clean drinking water – this time. The water of melting glaciers is used to produce electricity, and therefore this process will decrease – these are two. Shoaling large rivers – three. The disappearance of glaciers can lead, in particular, to an increase in the degree of avalanche in the highlands of the Swiss Alps. Finally, today’s glaciers are a delightful natural tourist attraction.