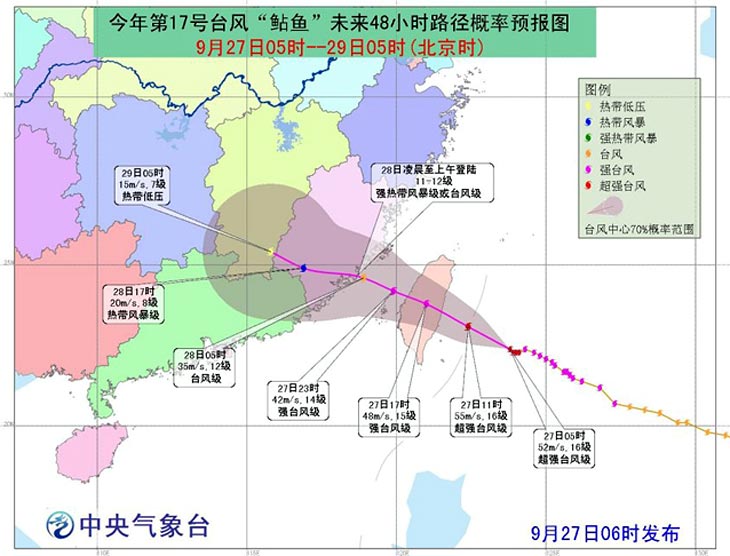 The Taiwan authorities have mobilized more than 35 thousand soldiers to the aftermath of Typhoon “Megi”, which is 220 kilometers from the coast of the island. Officials are taking unprecedented precautions — completely stopped the work of public transport, residents of the Eastern part of the island is not recommended to leave the house.

All fishing boats have returned to ports, traffic is temporarily suspended. Restrictions on the railway.

Suspended the operation of all public institutions. Offices and schools are closed. Suspended movement on the Central highway, passing through the East coast. The Montagnards warned about the possible convergence of landslides.

According to the Central meteorological Bureau of Taiwan, the wind speed is 162 km/h, gusts — 198 km/h. As predicted by meteorologists, by Tuesday night throughout Taiwan will feel the wind and rain. Since the North wing of the Typhoon has more dense structure, the inhabitants of the counties of Hualien and Yilan should be especially careful to prepare for the disaster.