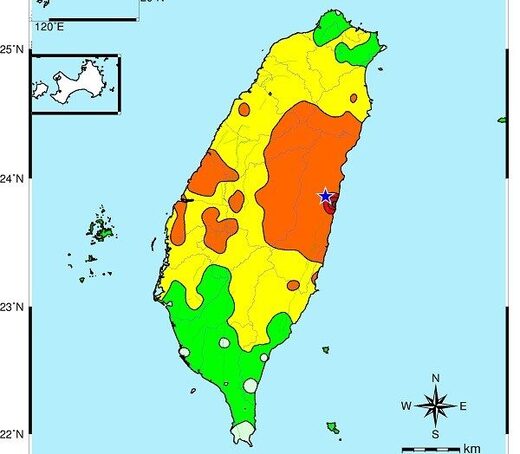 According to the Central Weather Bureau (CWB), eastern Taiwan was hit by earthquakes of magnitude 6.2 and 5.8 at intervals of three minutes on Sunday evening (April 18).

The first earthquake with a magnitude of 5.8 occurred at 22:11 and occurred 19.2 km southwest of Hualien County, at a shallow source depth of 15 km. Taiwan uses an intensity scale of one to seven, which measures the sensation of an earthquake at a specific location.

The second earthquake measuring 6.2 on the Richter scale occurred just three minutes later at 10:14. The epicenter of the second strike was 20.2 km southwest of the Hualien County building at a shallow depth of 13.9 km.

Many people in Taiwan reported that they received an emergency text message from the CWB on their phones warning them of the 10:11 pm earthquake and “watch out for possible shocks.” At the time of publication, there were no reports of earthquake victims.