Thai authorities warned residents about the likelihood of a new flood 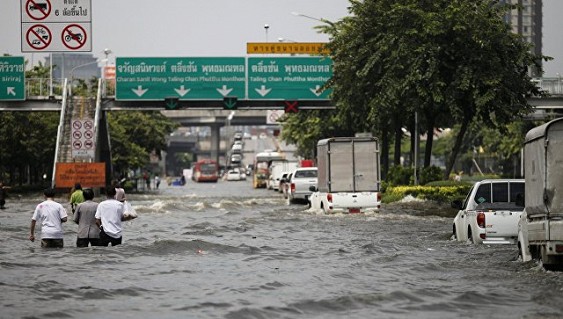 The Prime Minister of Thailand, General prayut Chan-OCHA instructed the governors and emergency services of the provinces of the South of the country to prepare for new probable floods that can trigger heavy rains predicted by forecasters Thailand on Monday – Wednesday of this week, said in a televised speech on Monday, government spokesman major-General Sansom will Cocomat.

The General spoke in the program pool television government television program, which is a daily broadcast simultaneously on all television channels in Thailand.

According to forecasts, there will be heavy rains in several provinces in the South of the country, including in tourist areas of Phuket and Krabi, there is a likelihood of flooding in these provinces, reminded viewers will Cocomat.

Abnormal for this time of year, the rains hit the southern provinces of Thailand right after New year’s. Twelve of the 77 provinces of the country, they caused a flood, which, according to the latest data of the Ministry of interior of Thailand, killed 41 people and two people were missing. All the dead and missing citizens of Thailand. The floods have also caused material damage in the amount of $ 600 million.

The tourist areas of the South had not yet suffered from flooding previously reported in a special Bulletin of the office for the tourism authority of Thailand (Tourism Organization of Thailand TOT).