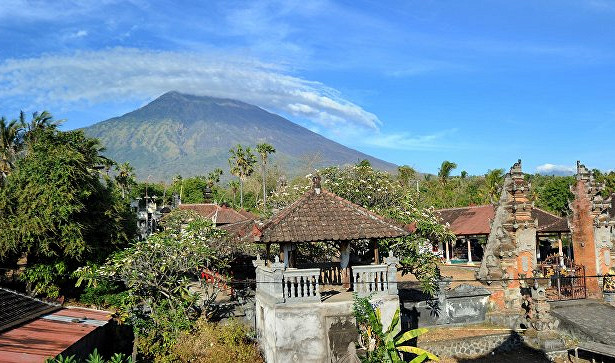 Volcanologists say a significant decrease in underground activity in the vicinity of the Agung volcano on the island of Bali, prompting the Indonesian government to lift the state of emergency and allow the population to return to the island.

“The decision to reduce the level of danger was due to the fact that the activity of the volcano has fallen sharply in recent days.The frequency of the tremors in its vicinity, associated with the movement of magma to the surface of the earth, is now about four hundred per day, rather than a thousand a day, as before The radius of the danger zone has decreased from 12 kilometers to 7.5 kilometers, “said Pak Kasbani, head of the State Volcanological Center of Indonesia.

Volcano Agung is one of the largest layered volcanoes in the tropical part of Asia, and it is known to scientists for its infrequent, but very powerful eruptions. The last time Agung “woke up” in 1963, and his eruption led to the death of about a thousand residents of Bali, as well as a series of dramatic climate change.

Reducing the level of danger from “red” to “orange”, as Kasbani notes, does not mean that the eruption will not occur in the coming weeks and months – for this it is necessary to conduct longer observations of the activity of the bowels of Mount Agung. In any case, the authorities of Indonesia advise local residents and tourists not to approach the vents of the volcano and its environs.