The activity of the volcano ERTA Ale in Ethiopia 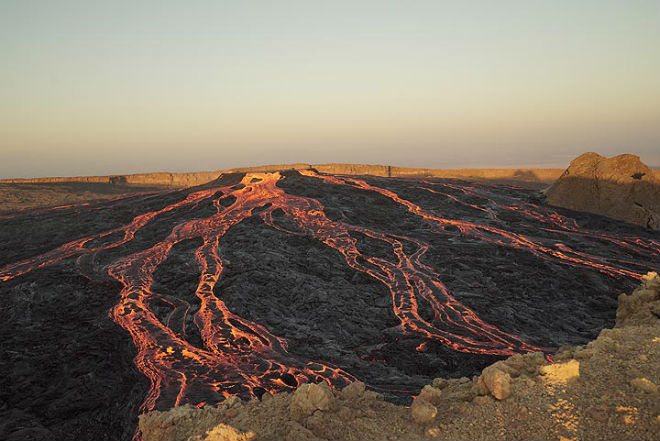 Intensely boiling lava lake in the Ethiopian ERTA Ale volcano has overflowed the crater that captured the participants of the recent special of the tour during 16-19 January 2017.

The volcano’s activity caused a great surge of magma, and the overflow of the lava lake at the top of the summit Caldera. This continued until the collapse of the flank eruption on 21 January, when everything changed.

ERTA Ale volcano, located in the remote afar region in northeast Ethiopia. The name of the volcano means “Smoking mountain”. ERTA Ale — the most active volcano of Ethiopia and one of only five known volcanoes in the world with a lava lake, and the world’s only volcano, whose lava lake just two, making it truly unique.