The aftermath of Hurricane Grace in Mexico 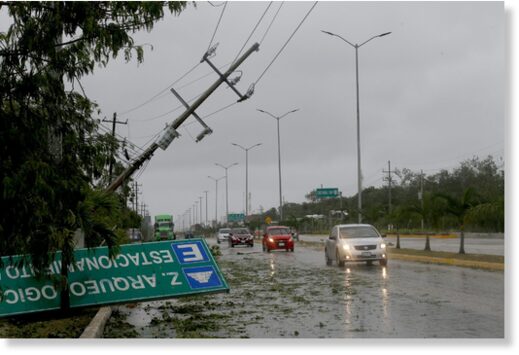 Storm Grace swept through parts of the country starting Thursday – with strong winds and rain. It was one of the most powerful storms to hit the Gulf Coast in recent years. Eight people were killed.

The Category 3 storm had wind speeds as high as 201 kilometers per hour when it hit the Veracruz coast, downing trees, damaging buildings and cutting power to thousands of people.

By mid-morning Saturday, Grace had weakened and was downgraded to a tropical storm with maximum winds of 112 kilometers per hour. However, the state governor said at least eight people were killed, and he urged people to seek higher ground and warned that several more rivers could flood soon as more rain is expected over the weekend.