The air temperature in Europe can break a historic record 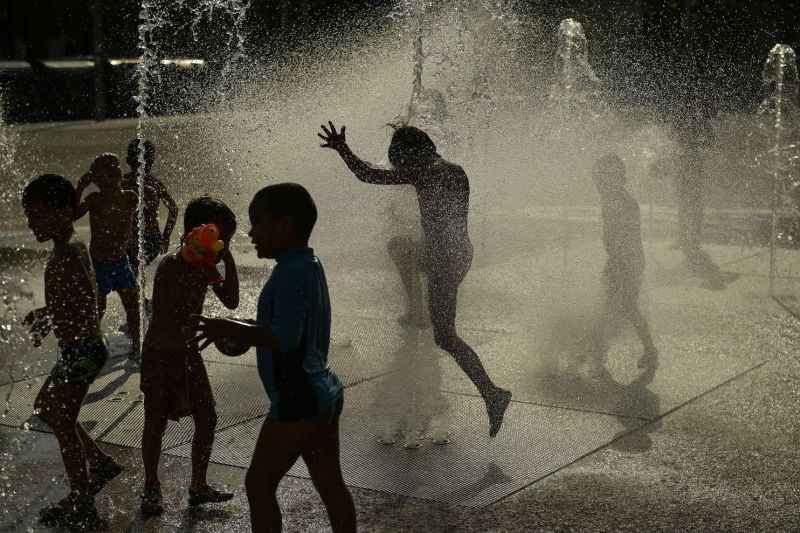 After a few days of relatively comfortable temperatures, the abnormal heat returned to European countries.

In the coming weekend in Portugal and Spain it will be very hot – meteorologists of a number of countries believe that the air temperature on Saturday and Sunday (August 4 and 5) can reach record levels or even exceed historical values ​​in the regions. The risk of the first outcome of events exceeds 40%, and the probability of setting a new record is 25-30%. The European climatic record was registered in Greece – July day of 1977. It was one of the hottest years in Athens. Then the air temperature reached 48 ° C.

This time the gigantic masses of hot air from the African side are moving towards Portugal and Spain. Spanish weather forecasters warn citizens and tourists about the anomalous heat, which, according to experts, will last until Monday. The highest temperature will be in the south-western part of the country.

According to Meteoalarm, the European Meteorological Service, heat that can harm health and even life-threatening will occur in the southern parts of Portugal and in Badajoz, the province of Spain. Nick Miler, a BBC meteorologist, fears that the air temperature in these states can reach as high as 50 ° C. At the same time, past records of national-level temperature values ​​in Spain and Portugal are 47.3 ° C (2017) and 47 ° C (2013), respectively. Today, August 3, Thursday, the hours are expected on Friday and Saturday. And the long-awaited night will not bring relief – the temperature in these in the dark will not drop below 25 ° C.

Swedish scientists are extremely concerned about the abnormally hot summer of 2018. According to their reports, the glacier of Mount Kebnecaise melts at a rapid rate. And this is the highest point of the state. Gunhild Roskvist, a professor of geography at the University of Stockholm, said that on the south side of the peak, the mountain had lost more than 4 meters in the last month. Ahead of Europe, even more hot days are waiting.