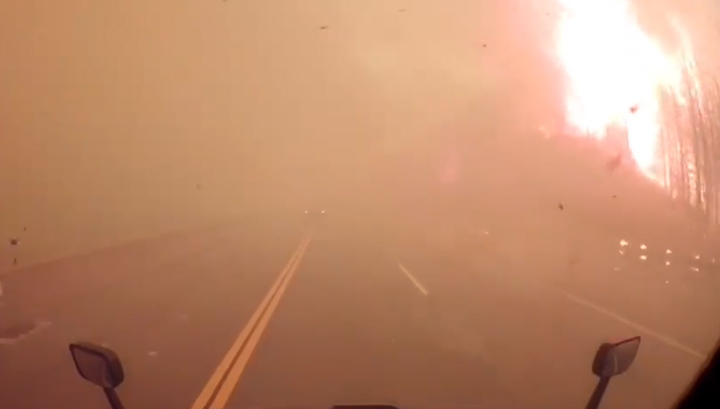 The fire in Northern California, which was nicknamed Delta Fire, continues to spread.

One of the locals managed to film his trip on the road from Luckhead to Castle Crag before it was blocked – in fact, he drove his truck through the flames. Now traffic on this highway is prohibited by firefighters.

Almost a thousand and a half people have already been evacuated from several small towns, and now the inhabitants of Dunsmuier are leaving their homes.

The height of fire in some places reaches hundred meters, the area of ​​a fire constantly grows, occupying already about 9 thousand hectares.