The appearance of “herring kings” predicted an earthquake in the Philippines 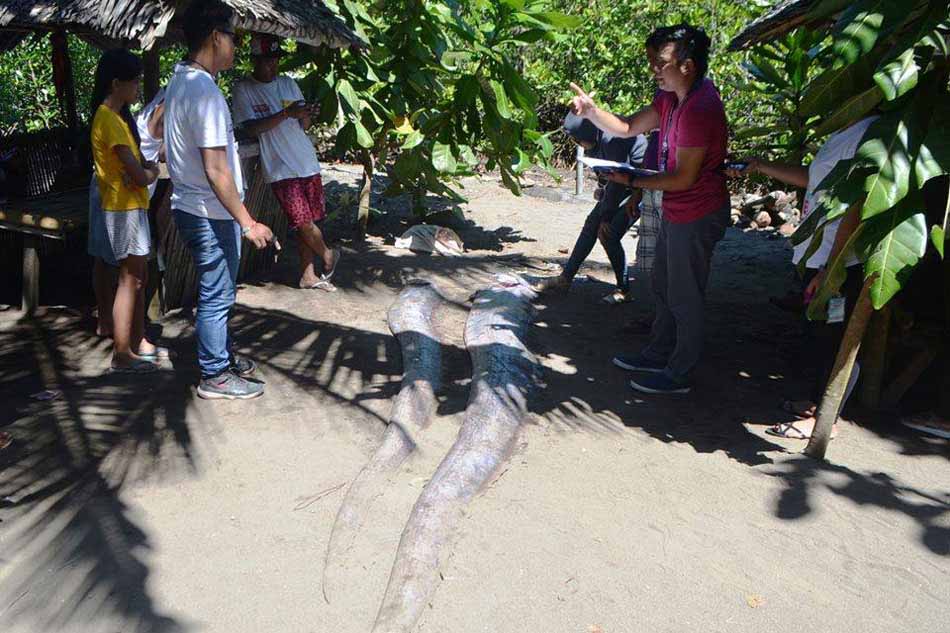 On Wednesday morning in mangrove forests in the City of Ma area in the Philippines, local fishermen caught two “selgian kings”, the third slipped out of the nets. Specialists reported that the appearance of these deep-sea fish was recorded here for the first time and suggested that their appearance is associated with seismic activity and may be a sign that a powerful earthquake will soon occur.

Both captured “king” had impressive sizes, the first 3.7, the second 4.4 meters. Weight of the first 20, the second 50 kilograms. Many biologists believe that these fish are very sensitive to fluctuations in the crust and movement of the crustal faults.

As further events showed, the appearance of these deep-sea fish in an unusual place for them really turned out to be a sign of a strong earthquake that occurred today and its magnitude reached 6.6 on the Richter scale with an epicenter at a huge depth of up to 200 kilometers.