The Arctic Ocean will look like the Atlantic Ocean 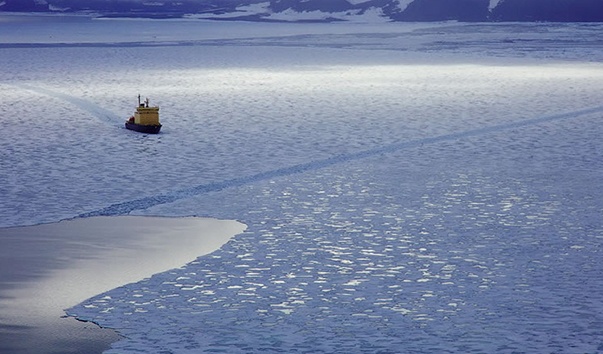 Scientists from the USA, Russia, Canada, Poland, Germany and Norway have shown that over time the Arctic Ocean will become similar to the Atlantic Ocean.

Specialists have noticed that vertical mixing of water in the Eurasian basin of the Arctic Ocean more and more resembles the processes taking place in ice-free parts of the Atlantic.
This is facilitated, as noted by the authors, a record high rate of decrease in the area of ​​the ice cover in the summer in the Arctic Ocean, for example, at the end of summer 2011 almost the entire eastern part of the Eurasian basin was ice-free.

Scientists believe that the state of so-called weakened stratification develops in this region, when a smaller thickness of ice contributes to greater mixing of water. The authors came to such conclusions, following the changes in the two oceans. Scientists have helped satellite data collected in 2013-2015 to assess the thickness of ice, as well as the system of buoys scattered across the Arctic.

The authors believe that the changes taking place in the Arctic Ocean can not but affect the ecosystem of the region.