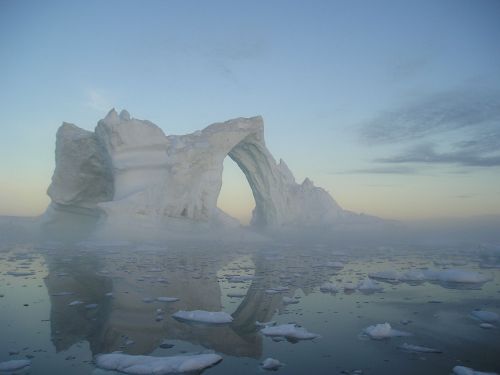 National administration of the USA on a research of oceans and the atmospheres issued the annual “Arctic report”, and results its quite gloomy.

The report which was issued annually the last ten years includes the most authoritative overseeing by the Arctic environment. And 2016 was the hottest for all history of drawing up the report.

“In other places increase in average temperature will not have any strong effect on five degrees — Jeremy Metis, one of authors of the report says. — But in the Arctic when crossing a particular point we can appear in absolutely other world”. Besides cold air from the thawing Arctic polar caps will change weather conditions worldwide and will become the reason of many disasters of a natural origin.

Average air temperature in 2016 the highest since 1990, but difference is that the highest temperature rates were on average observed in January, February, October and November. The fact that temperature increased in the winter, but not in the summer, shows that such climatic change came for a long time and is not annual fluctuation. Also distribution of spring snow was the lowest since 1967, and Greenland began to thaw earlier only once in all 37 years of observations.

Besides in 2016 the thawing permafrost of the Arctic tundra produces more and more carbon in the atmosphere it is, more, than the tundra can absorb by vegetation. Such surplus can lead to a feed-back loop when the increasing volumes of carbon heat more and more air and to increase melting speed.

It is no wonder that the fauna begins to adapt to new conditions already now. The parasites found in the Arctic mammals point that subarctic types begin to move to the north, and behind a polar circle the biodiversity increases. The problem only that resources are not enough for all there and local fauna can lose a food supply.

If these changes are not slowed down, the mankind will live in a bit different world already soon.