The area of forest fires in Transbaikalia for the day exceeded 22.5 thousand hectares 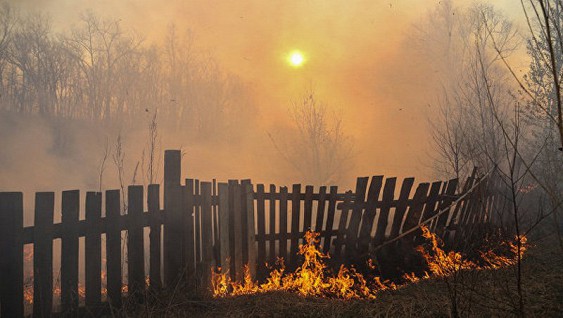 The area of forest fires has increased over the day in Transbaikalia, having exceeded 22.5 thousand hectares, said on Wednesday the press service of hollesley region.

According to her, on the morning of may 17 on the territory of the forest Fund of Transbaikalian edge has acted in 33 of a forest fire on a total area of 15 thousand 753 hectares in Aleksandrovo-Zavodsky, baleyskaya, gazimuro-Factory, Sretensky, Petrovsk-Zabaykalsky, Krasnochikoyskoe, Mogocha, Chernyshevsky Gora, Sicinska, Kalkaska, Chita areas.

To extinguish these forest fires operates 889 people involved and 145 pieces of equipment.

Five aircraft are daily aviation monitoring of fire situation. Subordinate court establishments of the state forest service, KSU “the Chita air base currently located in Mogocha, Sretensky, Chita, Kyrinskomu and Hiloksky areas. In the transfer of forces and means to forest fires in Mogocha and Sretensky districts involved 3 helicopters MI-8 and 1 MI-2 helicopter.

Three an-2 aircraft are in a state of operational readiness in the Chita region. Also in fighting forest fires involved additional air forces of the EMERCOM of Russia: amphibian be-200 and IL-76.