The ash cloud from the volcano Kambalny stretched for 900 km 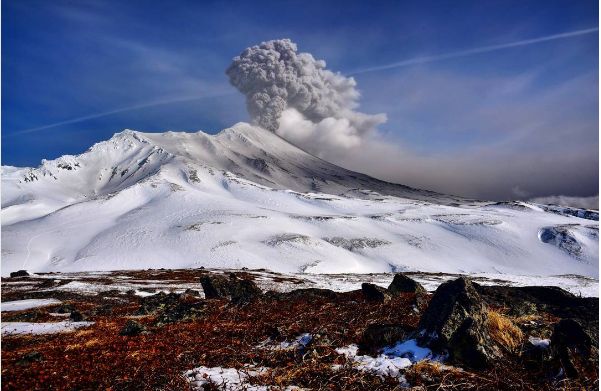 The ash cloud, thrown by the volcano Kambalny, spread over 900 km. A plume of volcanic matter and smoke covered the Pacific Ocean and continues to grow, Kamchatka volcanologists report.

The eruption of the Cumulus, meanwhile, continues. The height of the ashes is 5.5-6 thousand km. Although the “orange” code for aviation alarm has not yet been removed from the volcano, it is safe for settlements of Kamchatka and the Kuril Islands.

The Cambial volcano awoke from a two-century sleep on Friday, March 24, and this is the first officially documented eruption. The previous time, the giant erupted in the XVII century, but regularly reminded itself of weak gas emissions from the summit crater.

Kambal or Kambalnaya hill is the southernmost volcano of Kamchatka. Near the volcano are the same name lake and river, in honor of which the giant and got its name.