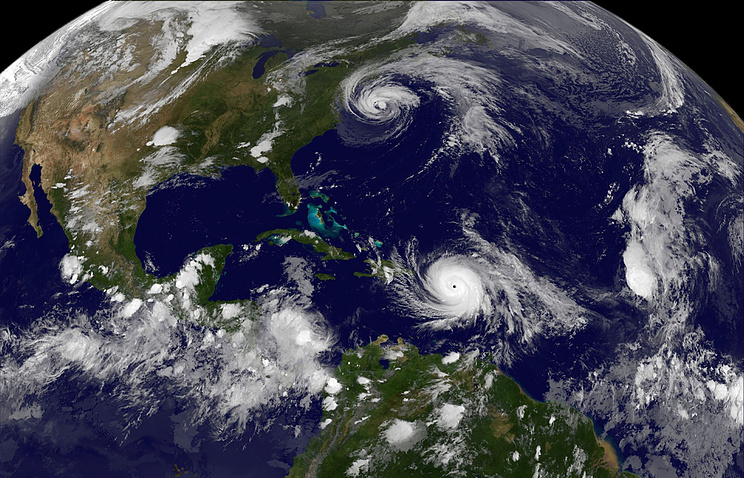 Experts from the Canadian Center for Hurricanes Observatory predict that up to 16 tropical storms and hurricanes will form in the Atlantic Ocean this season.

“From this number, we expect five to nine hurricanes, while up to four of them can become” big hurricanes “, wind gusts in the center of which will reach a minimum of 178 km / h (about 50 m / s),” the meteorologist told the channel. Canadian hurricane monitoring center Rob Robisho. He added that about 30-40% of these natural phenomena, which are usually formed in the Western Atlantic and the Gulf of Mexico, can reach the so-called Canadian zone of responsibility in the Atlantic Ocean, but directly on the shores of Canada these manifestations of the elements will not “hit.”

In 2017, six destructive hurricanes hit the islands of the Caribbean and southern US states, which were assigned a third or higher category on the Saffir-Simpson scale-that is, the wind speed at their epicenter exceeded 58 m / sec. Hurricane Irma and Maria, which devastated Puerto Rico, Florida and Texas in September last year, was given the fifth highest category: with such hurricanes, wind speed exceeds 70 m / s.

The Canadian Atlantic provinces in 2017 also felt, but “tangentially,” the influence of these natural phenomena. So, in the provinces of Nova Scotia, Newfoundland and Labrador, New Brunswick and Prince Edward Island passed heavy rains, in some places in the coastal areas were marked by flooding due to strong waves.

The hurricane season usually lasts in the Atlantic half a year – from June 1 to November 30. The atmospheric phenomenon is classified as a storm and gets its own name if the wind speed at its center reaches 17.4 m / s. At a wind speed of 33 m / s or more, the storm becomes a hurricane.