The atmosphere of the Earth for some unknown reason loses oxygen 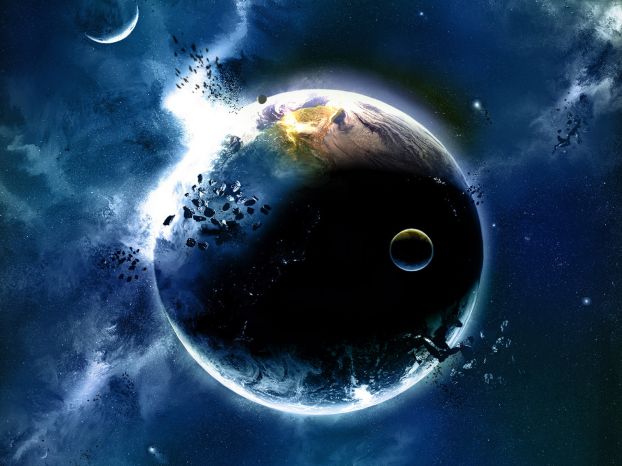 The atmosphere of our planet is losing oxygen. Fortunately, it is not about volume, which would be forced to seriously worry over the last 800,000 years the level of oxygen decreased by 0.7 percent. However, scientists are puzzled, because I can’t understand why this is happening.

“We have analyzed more out of interest than because of any expectations,” says geologist Daniel Stolper of Princeton University.

“We didn’t know whether the oxygen level is greater, smaller or remain unchanged. But as it turned out, there was a very clear trend.”

Atmospheric oxygen levels have seriously changed throughout Earth’s history, but to get some specific numbers proved to be very challenging even for scientists. We know that during the first few billion years in the atmosphere of our planet there was no oxygen. Then, thanks to the development of tiny algae – cyanobacteria — in the sky gradually began to accumulate oxygen, which subsequently caused a real Apocalypse for anoxic life forms.

With the development and spread of life oxygen continued to accumulate in our atmosphere until then, until its volume was not enough to sustain complex life forms. Over the past few hundred million years significant changes in the oxygen level was not, so life literally flourished.

If we put aside the historical aspect, the only thing that scientists know is the fact that the oxygen level is very dynamic. Animals, for example, and we consume oxygen every second. To maintain its level in the atmosphere help plants that it is produced as a result of the process known as photosynthesis. It’s hard to believe, but even silicate rocks (if to consider in a longer temporal perspective) are consuming oxygen.

“Every thousand years or so the entire stock of oxygen in our atmosphere into water, and then again in the oxygen. But each time part of the oxygen is lost,” says Stolper.

The problem is that with enough time a small leak can turn into a very serious disaster. A global catastrophe that could change the level of habitability of the planet. Therefore, Stolper, and John Higgins, and some of their colleagues from Princeton University decided to find out whether it is possible to measure this level of leakage.

To address this question the researchers turned to information about the biggest areas of maintaining a huge inventory of oxygen on our planet. We are talking about the ice caps of Greenland and Antarctica, which contain the imprisoned bubbles of oxygen, which is a kind of snapshots of our atmosphere over the last few million years. Examining the ratio of isotopes of oxygen and nitrogen in these bubbles, scientists were able to calculate the following: oxygen level over the past 800,000 years decreased by 0.7 percent.

Recently published in the journal Science article, scientists have offered several possible explanations. Geological history shows that the speed of erosion has increased slightly. In turn, the more abrupt the oxidative processes in fresh deposits of the atmosphere demanded a high oxygen demand. Long-lasting climate change could also play a role. If you do not take into account human-induced recent global warming, the average temperature of our planet over the last few million years is constantly decreasing.

The Stolper adds that there may be other explanations for the observed decline, and the elucidation of the true causes may be quite challenging. However, the knowledge of what regulates the oxygen cycle is really worth the effort that will be required. In the end, this knowledge can help us understand what makes a habitable planet inhabitable. On the background of the search for new exoplanets this information can be invaluable for science.

It should be noted that the analysis of Stolper excludes one very important aspect: the last 200 years of development of human industry.

“We consume oxygen is a thousand times more than before. Humanity has seriously reduced the Cycling of oxygen by burning millions and billions of tons of hydrocarbons,” — says the scientist.

Although the Stolper reassuring that in the near future, our planet will not lose a critical supply of clean air to breathe, “all this is another indicator and proof of our collective ability to affect many natural processes occurring on Earth, significantly accelerating them to the detriment of themselves.”