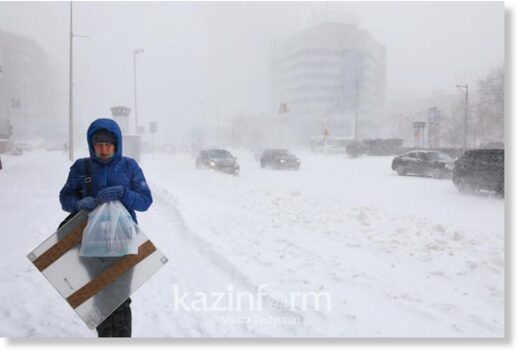 Between November 1 and 25, 45.1 mm of snow fell in the Kazakh capital, twice the monthly average, Kazgidromet reported.