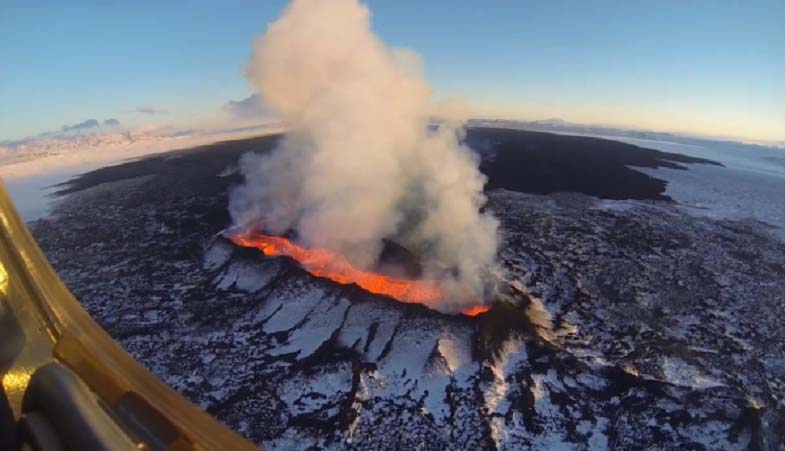 Bárðarbunga is a subglacial volcano in the area northeast to Southeast of Iceland. Includes nearby objects: volcanoes, volcanic rifts, volcanic ridges, craters. Until 2014, the last eruption was in 1910, the last major eruption occurred in 1477. In August 2014 began a new eruption of the volcano.

Height of the volcano is 2009 (this is the second highest mountain of Iceland after the peak of Hvannadalshnukur). Bardarbunga is on the North-Western extremity of the Vatnajökull glacier, to the North-North-West of the volcano Grimsvotn. Is a stratovolcano ice type, located in the Caldera, whose depth is about 700 m. Volcanic rifts extending from Bardarbunga, associated with the volcanoes Askja and Colliculi.

Web cameras installed around the volcano in the past two days, record the emissions of steam from the crater. According to Icelandic volcanologists, emissions of steam can serve as harbingers of the coming eruption, but it is too early to draw far-reaching conclusions. But the local population would do well to prepare for an emergency situation, she wouldn’t have been a surprise.