The beached whale on Sakhalin 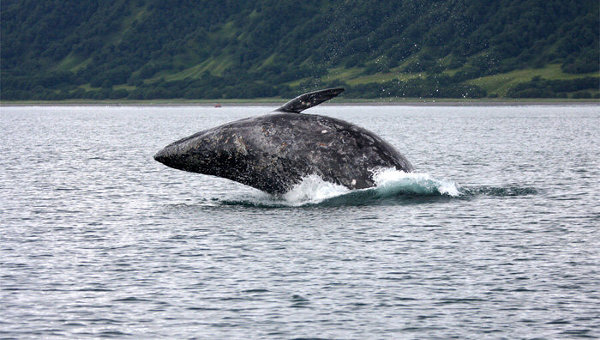 In the South of Sakhalin, the whale was helped out of the shallow waters of the activists of the WWF Green island. The incident happened over the weekend in the Tatar Strait.

As told to media by the head of Fund Alexander Ivanov, the local fishermen reported that near the village of Kholmsky district Really huge whale with a length of almost 7 meters and weighs about 5-6 tons jumped ashore. The fishermen tried to pull him into the deep, but all attempts were unsuccessful – the animal resisted.

The activists arrived at the scene, examined the kit, but found no damage. As suggested by experts, the whale lost his internal GPS. That’s what happens in these species. The reason for the failure is unknown.

As explained Alexander Ivanov, in the rescue such animals and their withdrawal to the depth necessary to explain to the animal that he was no danger, you need to be able to interact with him. Otherwise, resisting, kit can cause injury to yourself and the rescuers.

The Fund Manager is not the first time saving the whales. So he dressed in his wetsuit, swam to the animal, and was with him more than two hours. He managed to calm the whale and bring it to a depth (chin obediently followed the man).

However, out on the deep, the whale huddled in the Bay and refused to leave it, while suicide attempts were no more. So far, the whale is in the Bay, safe for him deep (4-5 metres). The Foundation staff is constantly watching animals.

Perhaps the whale warm in the Bay and he’s resting. Maybe he’s in a safe place is saved from the killer whales, which can be heard at a distance of several tens of kilometers. Another explanation is that kit still got internal injuries and needs time to recover and regenerate.